Formed in 1976 when it split from the former East-Central State, Imo State is bordered by Abia State on the east, Delta State to the West, Anambra State on the north, and Rivers State to the south. The state capital, Owerri, is often described as the entertainment ‘Oringo’ capital of Nigeria. Thinking of visiting a southeastern state, you should consider the Eastern heartland. Apart from being the entertainment capital, Imo state is said to have one of the finest sets of women in Nigeria. Their Igbo dialect is beautiful and their famous ofe Owerri delicacy famous for its taste. Here are the top tourist centers In Imo you should not miss when you visit the state

Hidden away in a corner of Imo, Oguta lake is a major tourist attraction center. This body of water with its beautiful features can be described as one of the wonders of Nigeria. The lake is the largest natural lake in the southeast region, the second-largest in Nigeria. Described as a lean finger lake formed by the damming of the lower Njaba river, the Orashi river flows past the lake in its southwestern portion.

The Oguta Lake and Orashi river have an almost magical confluence point, the clear almost green water of the lake and the muddy water from the river meeting together yet never for once mixing is a sure sight to behold. Stories by natives have it that the two water bodies are lovers at war with each other yet unwilling to leave. Hence, the Oguta lake is dedicated to the female goddess Ogbuide while Urashi is the male deity.

Among all other things that make the lake fascinating is its historical significance, at the height of the civil war it was used as a docking point for the Biafran Navy after been cut off from all fronts by the Nigerian government.

Unlike other lakes, the Oguta is not salty, making it very comfortable to swim for visitors and indigenes. 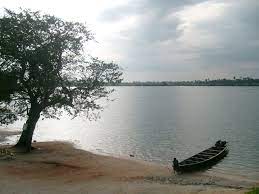 The only functional zoo in the southeast part of the country, after the supposed zoo in Enugu, was converted to a residential area and the streets were named after animals, the sense of humor embodies the phrase “at all at all na em bad pass”.

The Nekede Zoological Gardens is a ten hectares forest reserve, located in the Owerri West Local Government Area, an escape from the noisy polluted Owerri metropolis nearby. The zoo was established under the state Agriculture ministry of 1976 for recreation, provision of shelter for endangered animals, and employment.

The ten-acre forest acres houses a variety of animals, including lions, chimpanzees, monkeys, pythons, ostriches, crocodiles, and the infamous bush baby among other animals.

The expanse land of greenery has an automatic nerve-calming effect on visitors once they walk in, the cacophony from more than 1,000 different species of birds chirping adds a fairytale feel to the reserve holding people spellbound. The zoo’s proximity to the headquarters of entertainment is a sharp contrast and serves its purpose.

Situated in the center of the busy Owerri city, Mbari cultural center is a place that will take you back to the cradle of Igbo civilization. The Mbari cultural and arts centers speak to the traditional soul in everyone, it tells the story of ancient Igbo, described by some as the ‘house of the gods’ because of the several totems and artifacts of deities on display. This only goes to show the olden religious ways of our ancestors.

Situated at Ikenegbu in Central Owerri, Mbari, it is an open-air museum that houses monumental arts depicting the culture, tradition, and history of the Igbo people.

Although Mbari is a monumental art sacrifice to “ALA” the earth goodness, it also shelters artistic representations – artifacts as well as sculptures- which tell of the prevalent social life of the Igbos and images of other prominent deities that inhabit the traditional Igbo cosmic system. These deities include Amadioha (the god of thunder), Ogwugwu (the god of the forest), Nwaorie (the goddess of Nwaorie River), Ahiajoku (the god of harvest), etc. Closely attached to each deity are images of animals such as monkeys, tortoises, rams, snakes, and owls believed to represent errand spirits or mystical messengers of the deities.

There are also images of Ikoro, the Igbo traditional instrument for communicating messages; unfamiliar creatures such as the ostrich (Enyi Nnunu); a certain tall figure representing Alakuko, allegedly the tallest man in Igboland; ‘Onye afo toro’, a man whose stomach became bloated because he committed an abomination against Ala, etc

Contrary to the general assumption, Mbari Cultural Center is neither a center for idol worship nor an idol in itself. It is an art form that has its origin very deep in Igbo cultural and religious beliefs and practices. The Mabari cultural center is a three-dimensional cultural facility, made up of the Mbari House, Mbari Museum Kitchen, and an amphitheater, and definitely a must-see location. 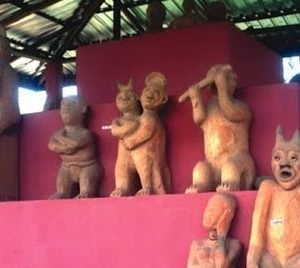 It is the poster picture for nature, an ideal spot for camping, picnic, and hiking.

The idea of a church as a tourist center seems strange, right? A look at the architectural masterpiece modeled after Renaissance will clear your reservation about that.

The cathedral is located at a very strategic point that it barely escapes the notice of any visitor, an inter-state junction that links Owerri to Port Harcourt, Aba, and Onitsha. The marble building is often considered the largest cathedral in West Africa with a structure that is designed in the shape of a Greek cross with four naves of equal length spread in opposite directions and between the naves are four chapels. The interior floor is made of marble while the material of the structure is reinforced concrete. The capacity of the building is 3,000.

The Easter Heartland sure has several places of interest to hold you spellbound, including some that are not mentioned here like Ngwu spring natural water that cascades down rocks, Freedom park where anyone can say what they like without fear, and criminal can allegedly run to for safety, Akachi monument a giant hand that measures over 40 feet high representing the hand of God, and the infamous heroes square that was welcomed with a lot of backlashes. A visit to the entertainment capital can never be boring. 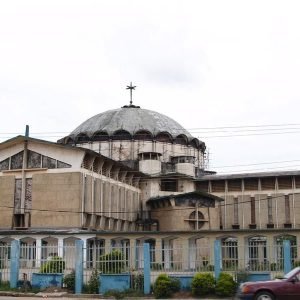 Why Ebubeagu, Igbo Presidency Is A Waste of Time — Top Prof Reveals