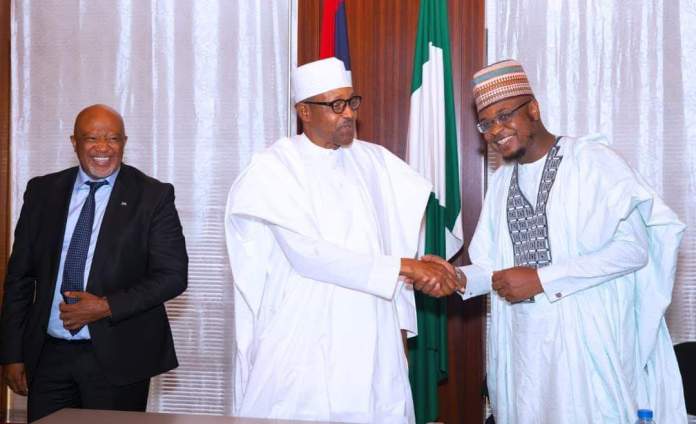 The Movement for the Actualization of the Sovereign State of Biafra, MASSOB, on Tuesday said the appointment of Dr Isa Pantami as the Minister of Communication and Digital Economy by the President, Major General Muhamadu Buhari (retd.), was a continuation of the “Fulanistic agenda of islamizing the country by all means, including electronic digitization and communication.”

MASSOB described Pantami as a Fulani terrorist apologist and an ardent promoter/supporter of radical and extreme Islamism.

A statement by MASSOB Leader, Uchenna Madu, titled, ‘Buhari has vindicated MASSOB through Isa Pantami’s appointment’, said, “Pantami is a qualified and excellent tool in the hand of President Buhari in his primitive quest of making the Nigerian state as the permanent homeland for all Fulani scattered in West Africa.”

The statement partly read, “It is only in the southern and middle beltan Christian-dominated regions that Pantami’s National Identification Number (NIN) registration was made extremely compulsory.

“The NIN registration was an electronic digital instrument of monitoring the personal data of the people of southern and middle beltan regions. It will also be a major electronic means of disfranchising the electorate from the southern and middle beltan regions and rigging the presidential election results of 2023 to favour the Fulani interest and Islamic religious agenda.”

It added, “Pantami will never resign his appointment of helping President Buhari to make Nigeria a permanent homeland for all the Fulani of West Africa.”

United Nation Asked To Back Biafra Agitation By Northern Groups