A disc jockey, more commonly abbreviated as DJ, is a person who plays recorded music for an audience. They are professionals who use audio equipment that can play at least two sources of recorded music simultaneously and mix them together to create seamless transitions between recordings and develop unique mixes of songs.

Join AnaedoOnline Telegram
DJs often use specialized DJ mixers, small audio mixers with crossfader and cue functions to blend or transition from one song to another. Mixers are also used to pre-listen to sources of recorded music in headphones and adjust upcoming tracks to mix with currently playing music.
In 1943, radio DJ Jimmy Savile launched the world’s first DJ dance party by playing jazz records in the upstairs function room of the Loyal Order of Ancient Shepherds in Otley, England.

They just play music but give base, effects, bass, etc. live. That’s why they are called djing.

Being a DJ requires a range of skills, including a good ear for rhythm. A sense of timing. Good interpersonal skills to assist networking. The stamina and energy to motivate people. The ability to manage business accounts. Technical ability. Creative talent for mixing music together.

Meet Henry Dickson the man that is DJ C-Boy

Henry Chijoke Dickson aka Famous DJ C Boi is one of the disc jockeys who are currently making waves.  DJ C Boi who is currently based in Lagos hails from Abacha in Idemili North local government of Anambra state.

In an exclusive interview with Anaedoonline.ng, Henry Chijoke Dickson revealed that he has being a DJ for more than eight years. According to him, ‘I became a Dj because I love music and my love for music brought out the Dj in me.

Narrating his journey into entertainment DJ C-Boi said ‘The journey has not been easy. I love my job. There is no challenge. life itself is the real challenge. Am enjoying my job because am getting Paid to Do What I Love. am making an Impact on the Culture. am working for myself and am being appreciated.

Describing the Nigeria Music industry, he said there has been tremendous improvement and growth in the industry. black people are taking back their place. 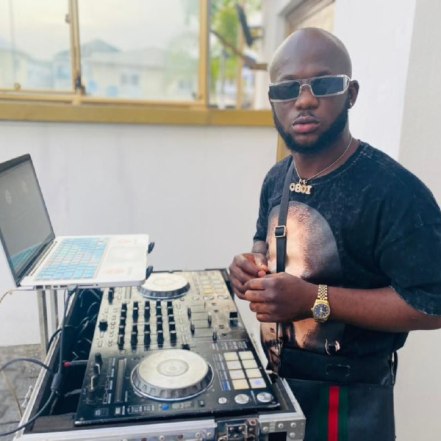 Dj in Nigeria is lucrative and cool compared to before. when I was growing up, the Dj business was not taking too serious but now, we have top names like DJ Jimmy Jatt, DJ Tunez, DJ Cuppy, DJ Big N, DJ Enimoney, DJ Consequence, DJ Neptune, DJ Jimmy Jatt, DJ Spinall amongst others who have put Nigerians name on the map

I was born and raised in Jos plateau state where I did my primary and secondary school after which my journey into the entertainment scene begins. When I was a kid back then in Jos, I love dancing and I love music, I can remember how I do buy little radio just to listen to music. it started as a joke and gradually, it’s now a lifestyle, a hustle, and what gives me joy.
Read Also: Nana Kay: I Want To Be The Best Thing To Happen To Hip-hop
Apart from Dj, I also make music. I have four tracks namely; Odikwa hot, Badt guy, Rollacoaster, and kumkum level. I featured a lot of artists from Jos in the songs. I don’t have a favourite track because I love all the songs. I am not done making music because I have plans of releasing an album or EP when the time is right. C-boi revealed. 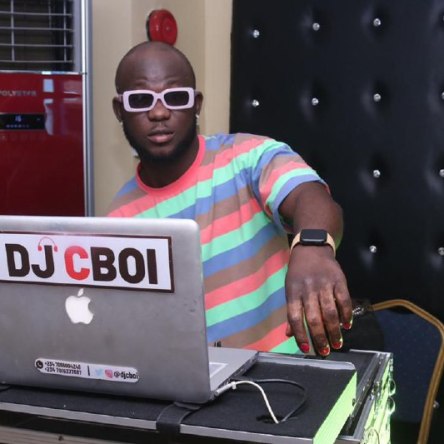 The main reason why DJs turn knobs so often is that they are changing the sound frequencies in their sound mix.

Overall, the Netherlands has everyone beat. The majority of the bigger Trance, Techno, Big Room and mostly all Hardstyle dj’s come from there, and IMO the Dutch have perfected their music far ahead of most other countries.