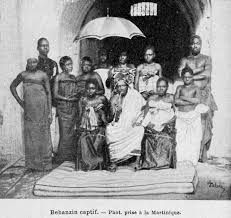 The kingship titles Igwe and Obi are Igbo titles because we use them today. But in most of the Igboland in the past, there were not so. The white man created this culture in every single part of Igboland and this culture has persisted long after they left.

Noe that Onitsha, Nnewi, and a few towns in Igboland practiced a monarchial system before the colonial masters came. Here’s everything you need to know about the existence of leadership in Igbo land as we know it today.

The Igbos are republican, absolute monarchy or kingship has never had sufficient reign in Igboland. This is because of the presence of sacred institutions that provide checks and balances like the umunna, umuada, ndi otu alutaradi and the kindred.

The head of a kindred is the paramount leadership system in Igboland. This brings us to the question, who is a kinsman? A family tree is made up of fathers, brothers, daughters, in-laws, grandchildren, great-grandchildren who fall under an umbrella of a kindred. For instance,

Mr. Okafor is a father of 12, a husband of 4 women and he has 6 other brothers, 5 of which are dead due to age. He becomes the head of the kindred, his household and that of his brothers fall under his umbrella. All Okafors’ are therefore members of the Okafor dynasty.

Kinsman is not only gotten by blood, in-laws, adopted children, long-standing neighbors, also, all, form part of a kindred. Mr. Okafor will then remain the head of his large extended family until he dies.

Pre-colonial Igboland had hundreds of these heads of kindred but never had a singular ruler above them all.

Titleship in Igboland was based on merit and was given by the council of elders and honorable men who today we regard as chiefs.

The Nze na Ozo were the noblemen of those days were men who have made valuable contributions to the community, e.g. Warriors, hunters, farmers of repute in a large scale, travelers among others. They were seen as wise and given the position of spiritual elders of the clan. This still did not make them reign supreme but they were respected nonetheless.

Where did the Kingship titles Igwe, Eze, and Obi titles come from?

When the white man came, he found it difficult to establish a form of overall rulership among the Igbos, he, therefore, created the “warrant chiefs”

These are people we know today as Igwe and Obi and this was sole to maintain political control.

The colonial governments will grant random persons who collaborated with them ‘warrants’ using them to act as local representatives of the colonial regime among their own people. In some cases, this included using coercion and state resources to empower them to silence and marginalize potential rivals. This simply means that your favorite Igwe’s great grandfather was sabotage and his kingship was born from greed.

Would the methods of the Igbos have been better politically for Nigeria?

The question often asked by many is, would the decentralization practiced by Igbos be better off politically? Remember, all families were to cater for themselves, fast forward to the modern era, they were to build their own roads, schools, pipe-borne water, electricity, hospitals, generate revenues and sustain themselves as families. If there needed to be any activity that needed central attention, the head of the kindred who is the Obi attends and represents the interest of his people. Would this have been better?

A scholar pointed out that political greed is a function of family deficiency. This means that politicians steal to enrich their families, but when you have your family and you need not steal for them, this would mean that there would be faster development.

In a family, everyone knows everyone, it would be nearly impossible to swindle your own kinsmen. The umunna gathering of the Igbos is still an example of transparency in modern study.

In another light, let us not forget the general idea of interstate relationships, Anambra state gets its allocation from the federal government, and this allocation is for the development of the state. The allocation is gotten generally from all revenue sectors in the country starting from the oil resident in the Niger Delta areas, the vast farm produce of the Benue, and the textile factories in the north all form the country’s revenue which is shared to all and sundry.

Which would have been better Kingship or Kingsmanship? We would never know.