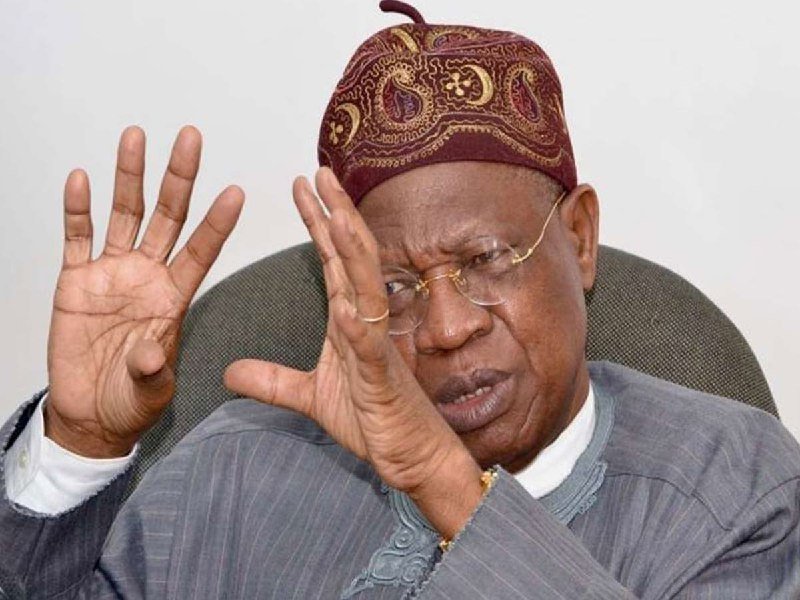 Lai Mohammed, the Minister of Information and Culture, on Tuesday, has stated that the prosecution of bandits is not the responsibility of the Federal Government because it is not a federal offence.

Mohammed said this at a press conference in Abuja.

He was responding to statements credited to the opposition Peoples Democratic Party on the security challenges facing the country.

Lai Mohammed: Nobody Can Stop FG From Probing #EndSARS Protesters

The minister said, “The PDP alleged that kidnappers and bandits are not being brought to justice. This is apparently aimed at the Federal Government.

“It is shocking that a party that ruled this nation for all of 16 years does not know that kidnapping and banditry are not federal offences.

“The PDP should therefore call out the states, including those being controlled by it, to ensure a rigorous prosecution of arrested kidnappers and bandits.

“Meanwhile, PDP conveniently forgot that as far as terrorism, a federal offence, is concerned, this Federal Government has successfully prosecuted thousands of Boko Haram members in Kainji, as part of a continuing exercise. We are now seeking the cooperation of the judiciary to continue with the trial of arrested terrorists.”