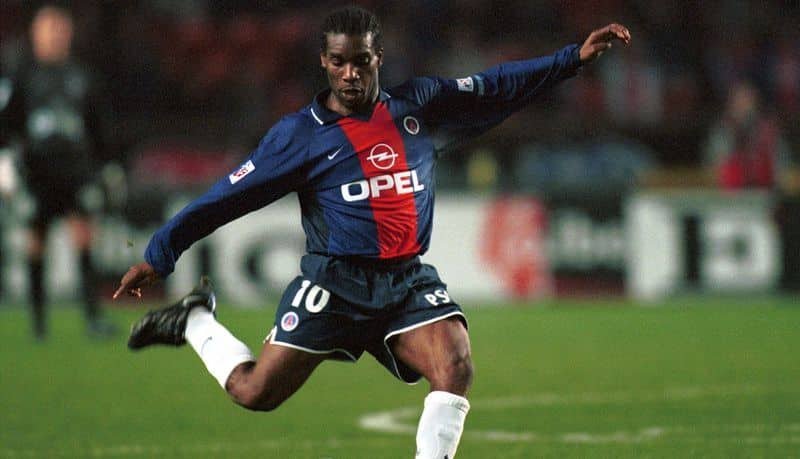 Austin Okocha says his former club Paris Saint-Germain are putting suitable structures in place, which has seen them get closer to winning the UEFA Champions League.

The Bolton Wanderers icon even admitted that he would have loved to be a part of the current PSG side, boasting Neymar Junior and Kylian Mbappe.

Okocha starred for PSG between 1998 and 2002, developing into a cult hero among the PSG faithful for his magic on the ball.

PSG at the time had not become the financial behemoth of the present day. Still, Okocha, alongside Nicolas Anelka and Mauricio Pochettino, helped the French side win the UEFA Intertoto Cup in 2001.

PSG have since grown into one of the biggest clubs in the world, attracting some of the planet’s best footballers and have dominated the Ligue for the best part of a decade.

The Parisians made it to the final of the UEFA Champions League last term, where they lost narrowly to eventual winners Bayern Munich.

Pochettino has guided the French giants back to the semifinals this term, with only Manchester City standing between them and another title shot.

Okocha is impressed with how much work his former side has put into reaching such dizzy heights and wished he was still part of the playing personnel.

“I think PSG are working very well. They are almost where they want to be as they are getting closer to their goal of winning the Champions League,” the retired playmaker told Canal+ as per ItaSportPress.

“They have laid a good foundation because all the great players want to play for PSG. I think they have to maintain these results and stay at the top.

Read Also: Bundesliga Made Me Who I Am – Okocha

“I, too, would have liked to play in this team. The current team is certainly stronger than it was when I was playing.”

Okocha joined PSG after the 1998 FIFA World Cup for an African record transfer fee but left for Bolton Wanderers on a free transfer four years later.