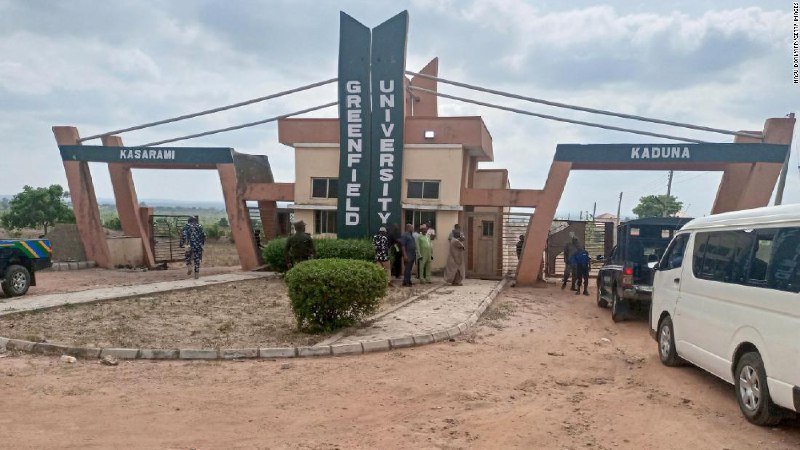 The release was confirmed by the mother of the student, Lauritta Attahiru to Channels Television on Tuesday.

According to her, the bandits have released her son.

She however refused to give details of how her son was released and whether a ransom was paid or not.

Some of the parents told Channels Television that the student was released on Saturday after his mother, who is the wife of a Retired Army officer from Plateau State negotiated and paid ransom to the bandits privately before they released her son on Saturday.

The parents had earlier informed that the bandits have been negotiating with them individually, asking each of them to pay as high as N20 million, before they eventually demanded a bulk of N100 million and ten motorcycles on Monday, May 3.

The parents however appealed to the government and Nigerians to come to their aid so that their children will be rescued alive from the hands of their abductors.

With the release of the student, the fate of the remaining 16 students still hangs in the balance even as the bandits threatened to kill them if their parents and government fail to pay the N100 million ransom and also provide ten new motorcycles.

The release of one of the students follows an earlier threat by their abductors to kill the remaining 17 students in their custody if their parents and the state government fail to pay the sum of N100 million as ransom by Tuesday, May 4th.

This was disclosed by some of the parents of the abducted students on Monday.

The parents of the victims who did not want their names mentioned due to fear told Channels Television that the fresh demand of N100 million by the bandits is in addition to the over N50 million ransom paid to them over the weekend, with the assurance to release their children.

In addition to the N100 million, the parents said the bandits also demanded ten new motorcycles before the end of Tuesday, May 4th, failure which they will have no choice but to kill the remaining 17 students in their custody.