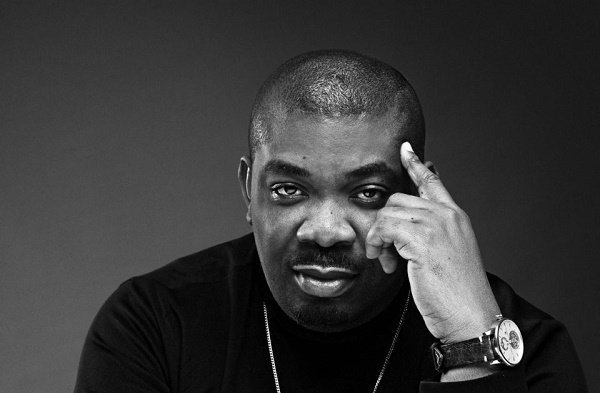 A top Nigerian politician, simply known as Seyi Gbangola, has attacked music mogul Don Jazzy, for producing and releasing the video “Booty Bounce” by Rema, calling him a devil who lure souls into his kingdom.

Seyi Gbangola made this known via his Instagram page. He talked about how obscene singer Rema’s song, Booty Bounce, was and how society is gradually becoming plagued by this sort of songs that would begin to manifest in the lives of the people who follow this music trends. He also described Don Jazzy as a ”demon”, and an agent of the devil.

Don Jazzy: I Can’t Be With One Woman, And This Is Why

In his own words, he wrote;

”So Rema at the age of 20 be singing about ”booty bouncing” and still went ahead to have that kind of video to that song. I have always known that so-called ”Don Jazzy” is a demon. An agent if the devil. A video that many kids in that age range and below we see and of caus be convinced that it is okay total and be like that. At 20years? All of you are cheering and dancing. Until this plague, that is the new music trend will begin to manifest in your lives. Naira Marley snag about soapy, y’all accepted it, no he sang about coming, you have accepted it. The devil keeps testing the level of acceptance. ya” stay recieving . Wel done!

I know a lot of you don’t like to see posts like this. I’m not worried about you. But maybe there’s someone out there that needs to see this. For the rest of you, you can ignore. I no dey follow you argue! I’m only concerned for the decaying morals most of you seem to be shinning teeth about.

Because i kukuma no dey fear you. I mean I’m not even saying the world can be perfect in terms of morals. I’m saying today there is a huge dive in the trajectory of moral standards. And every one acts like it’s okay. Like wtf mehn!.

My problem is many of you will not accept this behaviours from your own kids or relatives, but if it is someone else’s, it’s fine? That’s hypocrisy with a sprinkle of witchcraft. Astargfirullah!”

Will Bill Gates Remain 4th Richest Man In The Word After Divorce?