by Joy
in Lifestyle, METRO, Timeless
0

Home to the ancient kingdoms of Nri and Igbo-Ukwu, the “Japan of Africa” Nnewi, and the commercial powerhouse of Onitsha, Anambra state should be on your bucket list of places to visit. Nicknamed the light of the nation, Anambra state leads and others follow. The business acumen of its people is famed across the country and beyond, seen in the fact they have the highest concentration of billionaires in Nigeria. And no, you shouldn’t visit for their billions, here are tourist centres In Anambra State to wow you.

We numbered them in no particular order of distinction.

This is probably the number one spot you will come across when looking for tourist spots in Anambra State. It is that popular, it is that intriguing.

The caves stand as a historic monument on their own. The walls of the caves hold so much history and memories, stories of the people. It was, according to legends, discovered thousands of years ago by a man named Ukwa, from the Umucheke family of Ifite-Ogbunike.

Ogbunike caves hold special importance in the life, story, and culture of the people. The ancestors of the Ogbunike people worshipped in the dark recess of the caves that is believed to be the residence of their deity Ogba. During the slave trade era and the Biafran war, the caves served as a refuge for the people.

Within the caves, a large colony of harmless bats of various sizes stand as guardians of the structure.

As you move through the caves, you would encounter steady trickles of water here and there, it’s not strange to see individuals collecting it as they believe it holds healing potencies.

The caves are not like just any random cave around, it’s fascinating and at the same time stands as a historical totem. 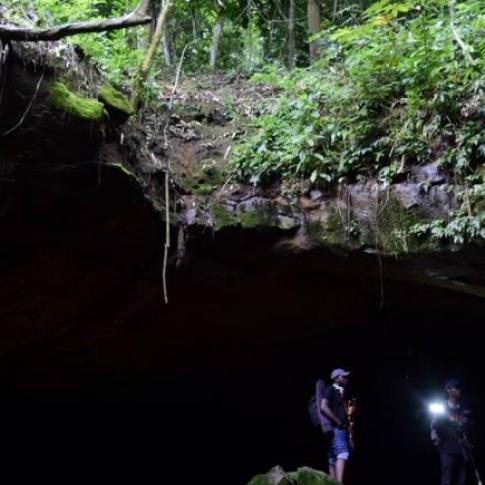 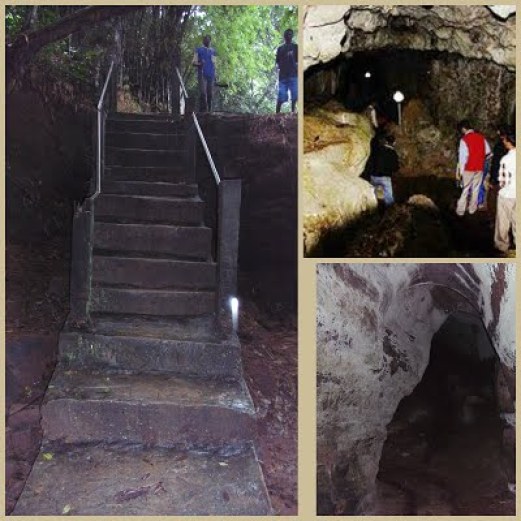 The Obi of Onitsha’s Palace

Are you looking for a culturally educating tourist spot? The Obi of Onitsha’s palace fits your description.

The white majestic palace offers a refreshing contrast from the surrounding ever-busy, noisy city of Onitsha. “Ime Obi” as it is called in the local dialect is home to the most recognized monarch in Igboland. The kingship can be traced to the 16th century or even earlier. 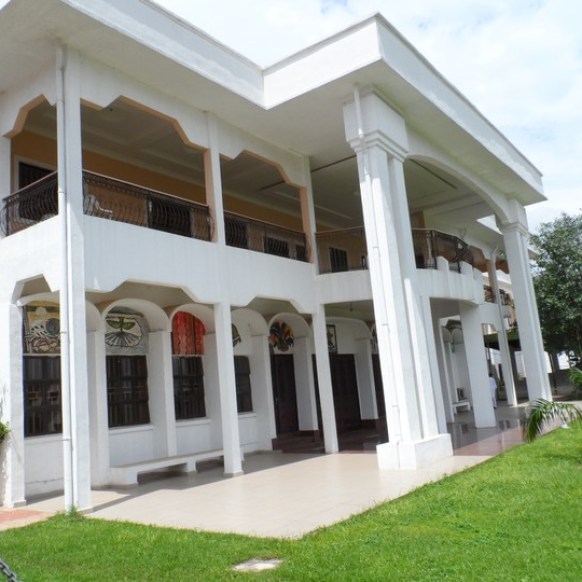 The palace is located on a large expanse of land, its architectural beauty a pride of the Kingdom. There is a large outdoor space where people gather during festivals such as the Ofala to celebrate with the Obi.

The palace also doubles as a gallery of exquisite works of arts, Igbo artworks of cultural importance, and statues of the past Obis dotes around the palace.

Stepping inside the palace catapults you back in time with the palace staff donning on their garbs.

This one is for art lovers, and one that would take you as far back as the nineth century. Igbo-Ukwu museum is notable for three archaeological sites, where excavations have found bronze artifacts from a highly sophisticated bronze metal-working culture dating to between the ninth or tenth century, centuries before other known bronzes of the region.

The first, called Igbo Isaiah (a shrine), was uncovered in 1938 by Isaiah Anozie, a local villager, who found the bronze works while digging beside his home. Formal excavations by the archaeologist Thurstan Shaw in 1959 at the request of the Nigerian government, resulted in the discovery of two other sites, Igbo Richard (burial chamber) and Igbo Jonah (cache), containing the remains of an ancient culture. Later, these were excavated as well. 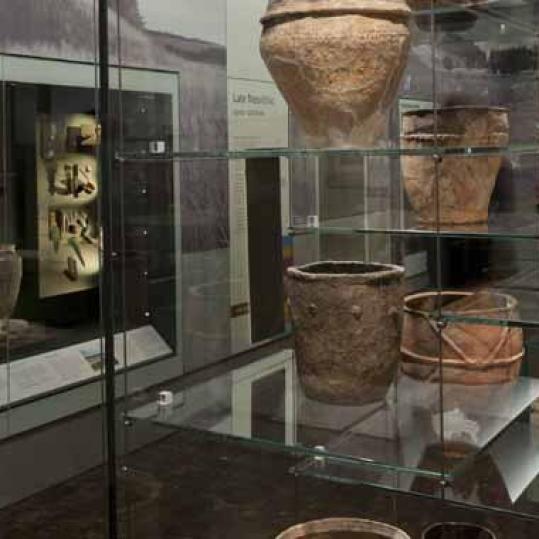 Artifacts have included jewelry, ceramics, a skeletal remains adorned in what appears to be regalia, and much-assorted bronze, copper, and iron objects. Some of these contain materials that are evidence of a long-distance trading system extending to Egypt.

Radiocarbon dating placed the sites around the tenth century AD or earlier, which would make the Igbo-Ukwu culture the earliest-known example of bronze casting in the region. The craftsmen were working centuries before those who made the more well-known Ife bronzes. It is closely related to Nri-Igbo.

This makes for a very interesting tourist location.

The home of hundreds of crocodiles, Agulu Lake is one of the many centers of attraction in Anambra state.

Standing at its bank, the calm lake stretches as far as your eyes can see. The lake is the source of the famous Idemili river that spreads across the state.

Agulu lake is far from your ordinary lake, it is sacred and highly respected by its people. According to community stories, the lake came to seek refuge in the village and was accepted after they made a pact. It is believed that there are spirits residing in the water – the good, the powerful, and the evil.

Top tourist destinations in Asaba and its environs

The sacredness of the lake is one that all sorts of fishing or expedition is forbidden. The crocodiles are seen as holy totems to their deity and therefore out of bounds too. As stories have it, the crocodiles were instrumental to the people during the Biafran war, it is said that they transformed into beautiful maidens that lured the federal troops into the lake and drown them.

Every now and then, people are seen performing spiritual rites by the water body, which has the attributes of healing powers.

The serenity of the lake calls out to the soul and you should tick it off your bucket list. 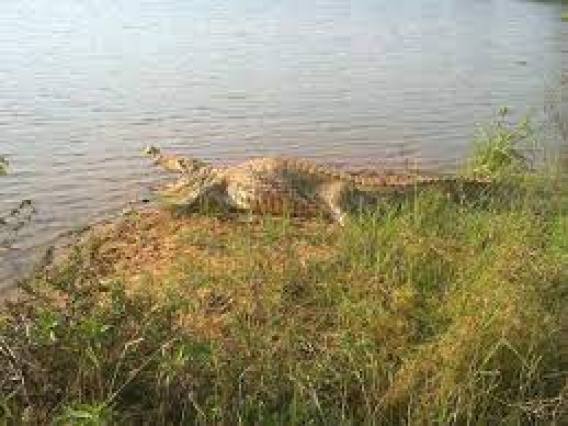 Possibly the tallest building in Southeast but definitely the tallest in Anambra state, the blue tower as people nicknamed it is a medical center built by an Igbo Doctor in the diaspora, Emeka Maduka, who has now come home and seems interested in the politics of the state.

Las Vegas Pain Institute and Medical Center is located in Umuchukwu village in Orumba South local government. The Multi-million dollar tower is magnificent to behold standing as a lone ranger in the middle of a serene environment.

A visit to this place is good for your camera. 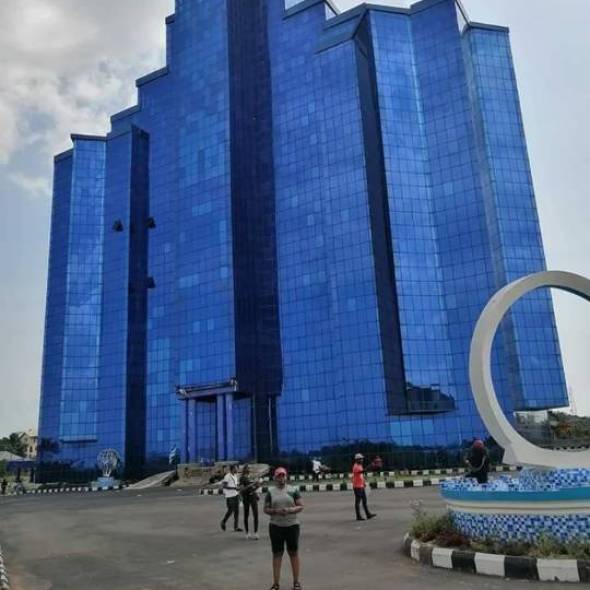 Anambra state is one of those places that is full of tourist sites, as you tour on, you will discover more sites on your own. Make sure to try out their sumptuous delicacies spiced with their famous local recipe Ogiri.