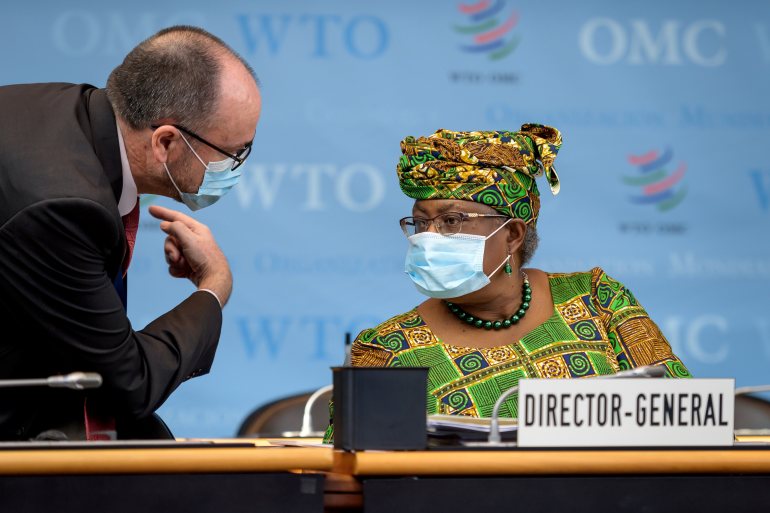 The Director-General of the World Trade Organization (WTO), Ngozi Okonjo-Iweala has appointed four deputies to assist her in running the affairs of the organization.

Okonjo-Iweala, a former Minister of Finance in Nigeria appointed two women and two men as her deputies on Tuesday.

Those appointed are Angela Ellard of the United States, Anabel González of Costa Rica, Ambassador Jean-Marie Paugam of France, and Ambassador Xiangchen Zhang of China.

“I am very pleased to announce the appointment of four new Deputy Directors-General at the WTO. It is the first time in the history of our Organization that half of the DDGs are women. This underscores my commitment to strengthening our Organization with talented leaders whilst at the same time achieving gender balance in senior positions. I look forward to welcoming them to the WTO,” DG Okonjo-Iweala said.

She wrote: Happy to have appointed four outsanding leaders as Deputy Director Generals today! Looking forward to seizing opportunities together to reinvigorate the @WTO!

Meanwhile, the Federal Government on Tuesday stated that it was not its responsibility to prosecute suspected kidnappers and bandits.

Okonjo-iweala: My Performance At WTO Will Open Doors For African Women

Newsmen reports that this was made known by the Minister of Information and Culture, Alhaji Lai Mohammed while responding to statements credited to the opposition Peoples Democratic Party on the security challenges facing the country.

Speaking at a press conference, he said kidnapping and banditry were not federal offences.

What Would American Forces Coming To Solve Nigerian Security Problems Look Like?