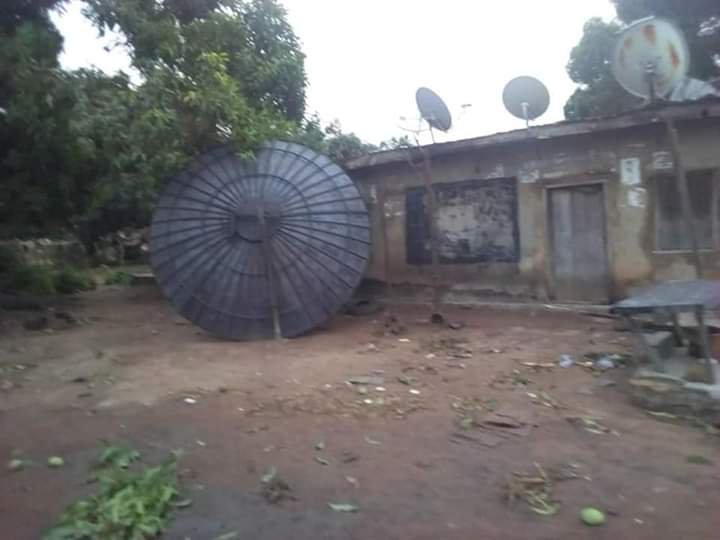 A whirlwind, which accompanied a downpour, has rendered indigenes of Eluama Amaiyi Nvosi in Isiala Ngwa South Local Government of Abia State homeless.

The wind blew off the roofs of their houses.

Also affected is the Ehi-na-Uguru Autonomous Community Primary School, which had its roof and parts of the classrooms destroyed by the whirlwind.

It was gathered that pupils and teachers were forced to go back home.

Sources said the community may be thrown into darkness, as electricity poles have been damaged.

They added that some churches were destroyed during the downpour that lasted for hours. The victims appealed to the government to assist them.

JUST IN: Gunmen Killed In Attack, At Police Headquarters In Imo