UPDATE: I Convinced Bandits Not To Kill Students – Gumi Reveals 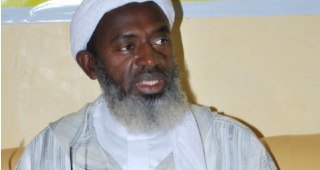 Sheikh Ahmad Gumi in his statements has said bandits have agreed that the remaining students of Greenfield University, Kaduna, will not be killed.

The bandits had threatened to kill the students in captivity if their parents fail to pay N100 million and ransom in addition to 10 motorcycles.

But speaking on Thursday when parents of the recently freed students of Federal College of Forestry Mechanisation, Afaka, Kaduna State, visited him, the cleric said negotiation was ongoing for the release of the students of the privately-owned university.

He said the release of Afaka students has shown optimism in the negotiation process, recalling the role he and ex-President Olusegun Obasanjo played before the captives were freed.

“The talk with the Greenfield University students’ abductors is also going on. You know they threatened to kill all of them after a particular deadline but after talking to them, they are now lowering their bar.

“So, we thankful they have stopped killing. And we are still negotiating with them. I hope this Afaka case will also encourage to know that there is hope in negotiation and release the children.”

Anambra 2021: APC Front Runners At The Top Of Preparations

He said the bandits while attacking the government, attacked government institutions and “innocent children.”

Nathaniel Bassey Reveals How They Prayed For Dare Adeboye’s Resurrection