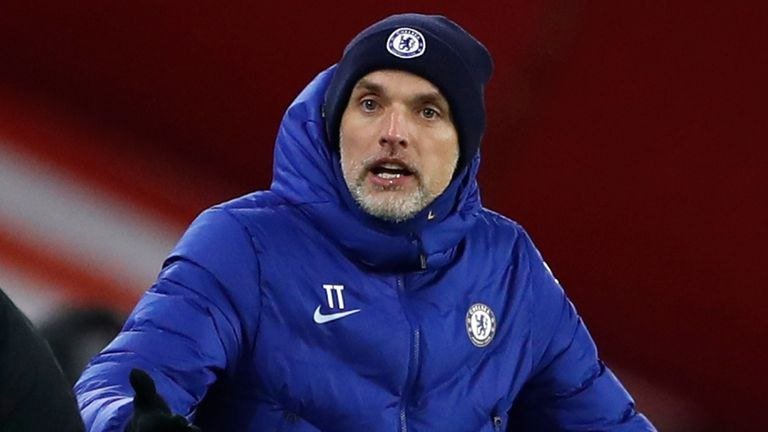 According to Cole, Chelsea’s inability to take their chances in front of goal against their opponent is a major ‘problem’ for Tuchel this season.

He also criticized Chelsea’s Kai Havertz for missing a vital opportunity to score a goal against Arsenal on Wednesday night at Stamford Bridge as Mikel Arteta’s men won 1-0 against the host.

Chelsea have been impressive since Tuchel replaced Frank Lampard last January after the Blues legend was sacked by the club owner, Roman Abramovich.

“They [Chelsea] did [have chances]. I think if Havertz takes his chance, it is a totally different game,” Cole, a former Chelsea defender, told Sky Sports.

“He has to score there. He showed glimpses of magic in the past games but there he has to finish. It is just one of the games, a lot of players had an off day at the wrong time today. It happens.

“They have got to regroup, go again, find that energy and that intensity in the next game and make sure they take their chances because that’s been the problem with Chelsea this season.”

Meanwhile, Chelsea boss, Thomas Tuchel, has promoted youngster Levi Colwill to the first-team squad until the end of the season because of Andreas Christensen’s injury, Goal reports.

The centre-back has not been able to train since then. However, Tuchel has now drafted Colwill in as cover for Christensen.

Colwill has impressed for Chelsea’s development side this summer.

Another player promoted is Billy Gilmour, but the Scottish youngster had an unhappy night as Chelsea lost 1-0 against Arsenal on Wednesday night.

Gilmour was substituted at half-time by Tuchel, who sent on Callum Hudson-Odoi in his place and deployed Mason Mount in a deeper role.