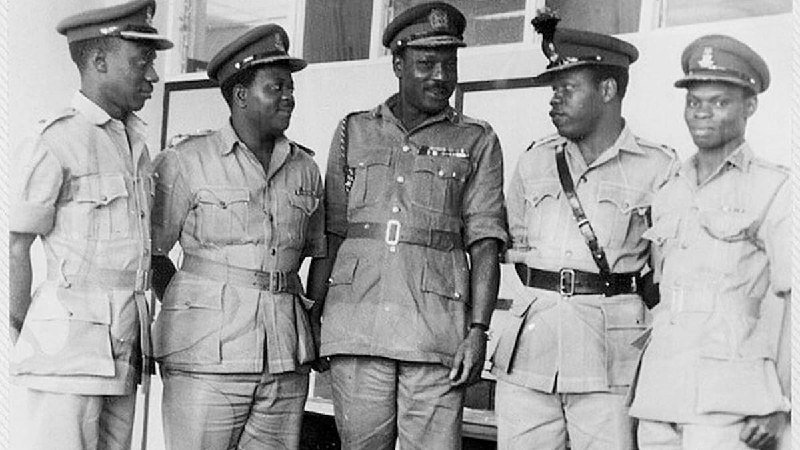 A veteran of the Nigerian civil war, General Godwin Alabi-Isama, has dismissed the age-long suggestion that the 1966 Nigerian coup d’état led by Major Chukwuma Kaduna Nzeogwu was an attempt by the Igbo ethnic group to take control of the governance of Nigeria as untrue, saying the putsch was done by “like minds” with active participation by soldiers of Hausa, Yoruba and Igbo extraction.

The coup, after it failed, and its aftermath reactions across Nigeria, which recently attained independence from colonial rule just six years back, led to the Nigerian Civil War from 6 Jul 1967 – 15 Jan 1970. Alabi-Isama, 80, who fought in the war acclaimed to have claimed millions of lives, including women and children, in an interview also dismissed insinuations that the coup failed.

According to him, those who planned the January 1966 coup incompetently handled it because they had no alternative plans. They didn’t say if we fail, what will we do next?

He said: “They didn’t have a plan B in the event of failure. Actually, they didn’t fail. What happened was that they couldn’t continue. It is like someone driving from Lagos to Ilorin who couldn’t continue the journey because of traffic gridlock at Ibadan. Major Nzeogwu (coup leader) was successful in the North.

“The ones here, South-West, panicked because they couldn’t get Gen Aguiyi Ironsi who had taken over. They even said Ojukwu and Ironsi made the coup fail, which is not correct. If they had informed these two people, they wouldn’t make the coup fail.

“The general belief was that it was an ethnic coup… It was not an Igbo coup but a coup of like minds. Hausa, Yoruba and Igbo were involved. They took it for granted but if you miss a point in a coup, that point will be critical to the result. That is why if you want to kill, you must kill all. If you leave your friend because of the favour you received from him, he could be the person that will truncate the coup. In a coup, you must carry out what you have agreed to carry out.”

Speaking on the Civil War, Alabi-Isama who, as a Commander in the Third Marine Commando, authored the strategy that ended the 30-month conflict, said: “Well, naturally they found out in Nigeria as of the time, the Yoruba had 10 military officers; the Igbo had 37 while the Hausa had eight.

BIAFRA: NNAMDI KANU REVEALS WHAT WILL END YORUBA RACE, REAL CAUSE OF 1966 COUP

Even Yoruba officers were killed alongside their pregnant wives in the coup. That was why it was easy for General Gowon to take over. Let me say this again, it is not possible in this country for one section to defeat the other. The North cannot defeat the South nor can the East defeat the West in any battle. When the war started, the Igbo had the upper hand in One Division in the North but one of the greatest mistakes the Igbo made was to cross River Niger in 1967. They didn’t need to do that. All they needed was their Biafra. And they had it. They should have defended their Biafra instead of crossing the River Niger.”