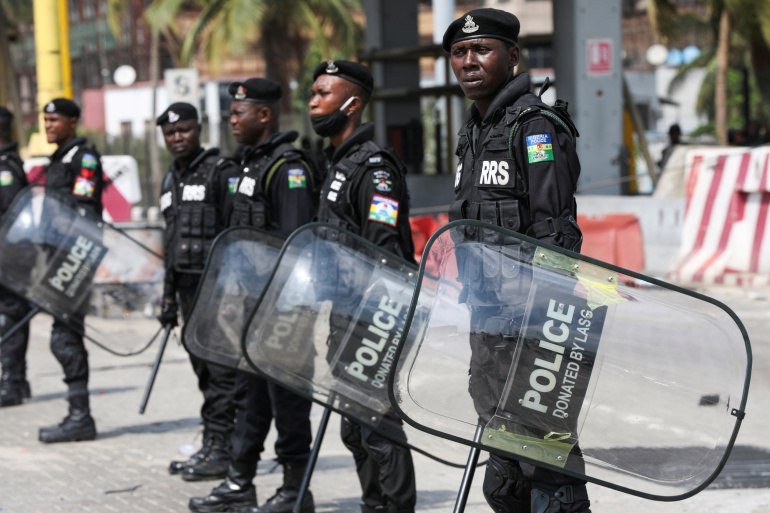 The Nigerian Police Force has deployed four mobile units to Ebonyi as part of its recently launched ‘operation restore peace’ security in the southeast zone. Ene Okon, the Assistant Inspector General of Police (AIG) in charge of Zone 9 comprising Imo, Abia, and Ebonyi, made the disclosure on Wednesday in Abakaliki when he called on Gov. David Umahi.

Okon said the units, which would be coordinated by an AIG, would collaborate with the commissioner of police and report to the Deputy Inspector General of Police in charge of the southeast zone.

“We appeal that you assist in ensuring adequate welfare for the officers because they are going to operate in the rural areas.

“I am going to give security priority to Ebonyi and with the support of the government and the people, we will overcome these challenges soon,” he said.

He urged traditional rulers in the state to implore youths especially those with separatist beliefs, to shun the killing of policemen and other security agents.

“Killing of security operatives and destruction of public infrastructure cannot guarantee their agitations as Igbos are not known for killings and other forms of violence.

“The unknown gunmen are known in the real sense but such identity is given to them for safety sake,” he said.

Okon, who earlier addressed stakeholders in a town hall, regretted that funds that would have been used for developmental purposes would presently be used in reconstructing destroyed facilities.

Gov. David Umahi, in his response, thanked the AIG for the visit but urged the police to investigate activities of disgruntled politicians in solving the state’s security problems.

“The situation has gone beyond the Indigenous Peoples of Biafra (IPOB) which has severally denied attacking security agents and destroying public infrastructure.

“The security agencies are not proactive but reactive and should beam searchlight on the fake news being circulated on the social media,” he said.

He urged the police to stop the indiscriminate arrest of his aides and supporters when fake news which escalated security tensions, are not checked.

South-Easterners Label Us Hausa, Traitors Because We Are Muslims— Igbo Muslims Lament

“The Ebube Agu security outfit which is our internal security mechanism will arrest any government supporter or opposition member who foments trouble in the state,” he said.