Top 5 places To Eat The Best Nkwobi In Awka 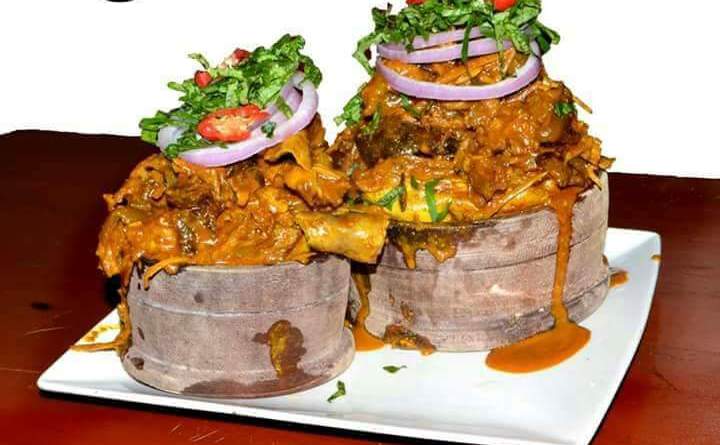 Nkwobi is a revered delicacy in Igbo cuisine. Before we get to know who makes the best Nkwobi in Awka, let us highlight what Nkwobi is made of. The Nkwobi delicacy is usually ordered and enjoyed in exclusive restaurants. It is simply cooked cow foot mixed in spicy palm oil paste, and local ingredients that make its taste natural and yummie. Nkwobi is often mistaken for Isi Ewu but they are not the same.

Nobody does it better than Nwoke Udi. Nwoke Udi makes the most mouth-watering nkwobi there is. Its outlet is located at an open bar along with Abakaliki Street Awka Anambra State.

This open bar is one of the most entertaining places to go, they have a number of local programmes annually like the Nwoke Udi palm wine carnival.

This restaurant makes the best of the spiciest Nkwobi in Awka. Located at the strategic Aroma junction around the state secretariat, it has been serving the people of Awka.

What is different? They make their Nkwobi spicy with rich ingredients and enough crayfish to taste.

Where To Eat The Best Nkwobi In Nnewi, See Recipe

It is served on the traditional mortar plate to the delight of its customers.

Ofiaku kitchen has 2 branches in Awka and both serve the same premium quality Nkwobi.

This modern bar located inside the Indigo Hotel is a bar with a difference. Most people say to get local foods, go to the open-roof local bars, but Indigo bar said no to that assertion. As a modern bar, it has the most finger-licking barbecue and Nkwobi in Awka. It serves its delicacy with enough pepper spice such that it is a delight to eat. If you think of eating amazing Nkwobi and you are in Awka, knock at Indigo bar.

One of those places that make nkwobi like mamas. Most people say theirs is slightly bigger than the rest, but who is measuring. Bamboo Garden has been around for a long time, it is an open bar with a grill, lots of drinks and many more homemade goodies. You can also eat there.

This is the best you can get around udoka estate and environs, if you live around there, nothing would make your evening more than taking a time out with nkwobi and PalmWine. It has a modern-local touch  in its decor and method of operation. Their Nkwobi has been rated top in the city as well.