US Council: Nigeria Moving From Failed State To Point Of No Return 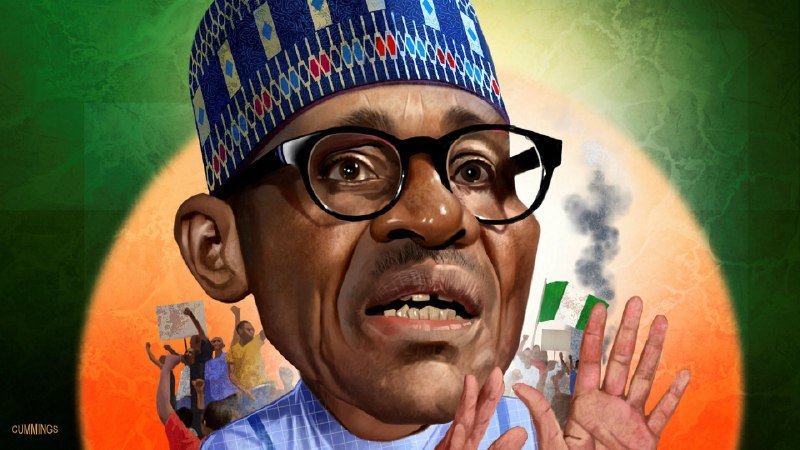 The United States Council on Foreign Relations and the Harvard Kennedy School on Tuesday warned that Nigeria is moving from a failing state to the point of no return under the President, Major General Muhammadu Buhari (retd).

According to Hallmark News, the US’ warning comes amid heightening insecurity aided by killings and kidnappings by bandits and terrorists and economic troubles.

The report argued that the Buhari administration no longer has control of the situation, warning that Nigeria’s failure as a state comes with negative consequences for peace and security in the West Africa sub-region as well as Europe and the US.

“Nigeria has long teetered on the precipice of failure. But now, unable to keep its citizens safe and secure, Nigeria has become a fully failed state of critical geopolitical concern. Its failure matters because the peace and prosperity of Africa and preventing the spread of disorder and militancy around the globe depend on a stronger Nigeria,” the report published on foreign policy (dot)com on Thursday said.

“Its economy is usually estimated to be Africa’s largest or second largest, after South Africa. Long West Africa’s hegemon, Nigeria played a positive role in promoting African peace and security.

“With state failure, it can no longer sustain that vocation, and no replacement is in sight. Its security challenges are already destabilising the West African region in the face of resurgent jihadism, making the battles of the Sahel that much more difficult to contain.

“And spillover from Nigeria’s failures ultimately affects the security of Europe and the United States.

“Indeed, thoughtful Nigerians over the past decade have debated, often fervently, whether their state has failed. Increasingly, their consensus is that it has.

“There are four kinds of nations: the strong, the weak, the failed, and the collapsed.

“According to previously published research estimates, of the 193 members of the United Nations, 60 or 70 are strong—the nations that rank highest in the listings of Freedom House, the human rights reports of the U. S. State Department, the anticorruption perception indices of Transparency International, and so on.

“There are three places that should be considered collapsed: Somalia, South Sudan, and Yemen.

“Eighty or 90 UN members are weak. Weakness consists of providing many, but not all, of essential public goods, the most important of which are security and safety. If citizens are not secure from harm within national borders, governments cannot deliver good governance (the essential services that citizens expect) to their constituents.

“Possibly a dozen or so states are failed, including the Democratic Republic of the Congo, Central African Republic, and Myanmar. Each lacks security, is unsafe, has weak rules of law, is corrupt, limits political participation and voice, discriminates within its borders against various classes and kinds of citizens, and provides educational and medical services sparingly. Most of all, failed states are violent.

“All failed states harbor some form of violent internal strife, such as civil war or insurgency. Nigeria now confronts six or more internal insurrections and the inability of the Nigerian state to provide peace and stability to its people has tipped a hitherto very weak state into failure.

“According to political theory, the government’s inability to thwart the Boko Haram insurgency is enough to diagnose Nigeria as a failed state. But there are many more symptoms. At a bare minimum, citizens expect their states to keep them secure from external attack and to keep them safe within their borders.

BUHARI’S GOVT: No Administration Has Done So Much For Nigerians – Lai Mohammed

“The bargain that subjects long ago made with their sovereigns was being kept from harm in exchange for allegiance and taxation. When that quid pro quo breaks down, a state loses its coherence, its social fabric disintegrates, and warring factions subvert the social contract that should provide the fundamental foundation of the state.

“Nigeria now appears to have reached the point of no return. Indeed, few parts of Nigeria are today fully safe,” the report added.