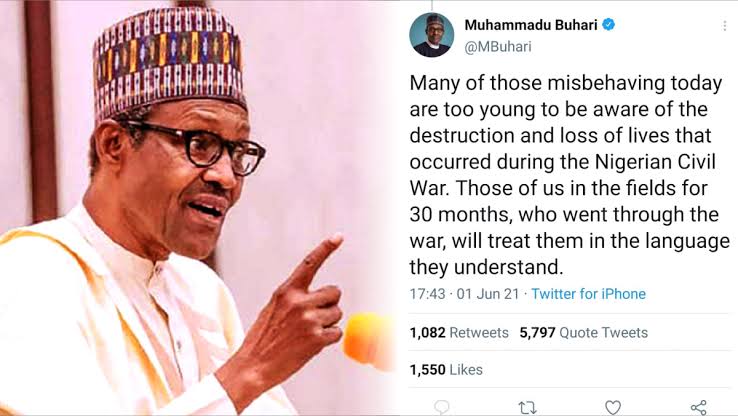 A lawyer, Dr Daniel Bwala, on Wednesday claimed that the owner of the social media giant, Twitter, Jack Dorsey, has malice with President Muhammadu Buhari.

Bwala, who spoke in an interview with The PUNCH, wondered why Twitter refuses to delete the inciting posts of the leader of the Indigenous People of Biafra (IPOB), Nnamdi Kanu, but deletes Nigeria’s president’s own.

The President in a tweet on Tuesday threatened to deal with those bent on destroying Nigeria through insurrection.

Speaking Bwala accused Jack Dorsey of supporting a process that could have led to insurrection in Nigeria since last October during the #EndSARS protest.

The lawyer, a member of the All Progressives Congress, argued that what Buhari said and what he tweeted was not against the people of the South-East but was in relation to criminal elements involved in the burning of government installations and the killings of uniformed men and private citizens of the country.

He said, “The President did not violate Twitter rules. Twitter deleted Buhari’s tweet out of malice. The founder or owner of Twitter is a known and interested party in Nigeria forgetting that you cannot be a jury and a judge in your own case.

“You will recall during the #EndSARS (protests), Jack Dorsey did not only support the #EndSARS protests but also retweeted the means of contributing to the funds used for the protests.

“That incident cannot be treated in isolation; it has never happened anywhere in the world where the owner of Twitter takes part in the protests of private citizens.

“So, tacitly or obviously, he had indicated expression of dissatisfaction towards the President.”

“Kanu has tweeted what has obviously created crisis that has led to so many loss of lives in Nigeria yet his tweets have not been removed. Do you need any further case to establish that the owner of Twitter is an interested party?” the lawyer asked.

Bwala also urged the Buhari-led Federal Government to launch an official complaint with the United States Congress to invite Twitter CEO to explain his recent role in the activities in Nigeria that are widely regarded as agitation for secession.