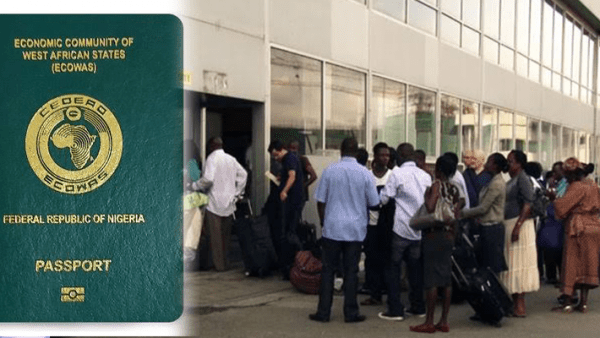 The federal government says the rate at which Nigerian youths are renouncing their citizenship is alarming.

Ogbeni Rauf Aregbesola, The Minister of Interior, noted that the trend was worrisome and counterproductive, urging young Nigerians to stop renouncing their citizenship.

Mr. Aregbesola, through the ministry’s permanent secretary Shuaib Belgore, stated during the Ministerial Alignment Meeting of the Presidential Task Force on Deliverables for Ministries, Departments and Agencies of Government.

He assured the general public that the government would put mechanisms in place to engage young Nigerians in productive activities.

A committee would be set up in the ministry with stakeholders to oversee the operations and implementation of the deliverables.

At the meeting, the Director, Planning Research and Statistics (PRS) in the Ministry, Kabiru Ayuba, was announced as the committee chairman, alongside representatives of the four services under the ministry and other relevant officers.

Nigeria’s unemployment rate is at a record 33.3 percent, with many youths affected.

Nigeria’s Dependence On Crude Oil Is Not Good For The Economy – Osinbajo Reveals
The Nigeria Immigration Service had suspended issuing passports to enable the service to deal with the backlog. It had announced a new date for the passport application for June 1 but has now extended it to June 8.

The Comptroller General of NIS, Muhammed Babandede, said 230,500 passport applications had been cleared and the passports produced, while 43,350 passports had yet to be collected.