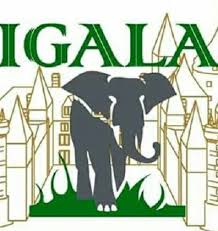 It is a vague fact that the Igalas have a close tie to the Igbos, just how close is this tie? In almost every Igbo state, a sprinkle of indigenous Igala people is found thriving, be it an element of their culture, religion, dialect, or descendants. Who are the Igalas and what is their relationship with the Igbos?

The Igala are an ethnic group in Nigeria. Their homeland, the former Igala Kingdom, is an approximately triangular area of about 14,000 km² in the angle formed by the Benue and Niger rivers. The area was formerly the Igala Division of Kabba province and is now part of Kogi State. The capital is Idah.

The Igala people rank amongst ethnic groups in Nigeria with the highest population, they are situated east of the river Niger and Benue confluence, straddling the Niger in Lokoja. Unlike every tribe in Nigeria, they practice Christianity and Islam almost in equal proportions, with few traditional worshippers. It is beautiful to note that both religions exist side by side without little or no squabbles.

The Igala people are found in several parts of the country, with an estimated population of 4 million. In all the Southeastern states, traces of Igala descendants have been found over the years.

In an Igbo creation story, the Igala people are Igbo descendants who migrated westward during the proto-Igbo expansion at the beginning of the first millennium. Some eight hundred years ago, after the god-like Eri settled and his household expanded, some of his sons left in search of their own settlement and greener pasture, Onoja his second son departed northwards. Onoja is believed to be the founder of the Igala kingdom.

It will be a grave misrepresentation of history to ignore the Igala influence on the modern Igbo culture. Arguments and traces of the cultural mix appear to be factual and undeniable.

Around the period of 4000 BC to 500 AD, there was a heavy flow of migration into the Igbo hinterland. According to historical stories, the northern neighbors of the Igbos were among the migrants in search of rich aquatic life and fertile land. The northern neighbors were the Igalas, hence, the start of the Igala/Igbo mixing. This was the introduction of Igbo culture evolution.

Along the east of the Niger, the Igalas settled amongst the locals causing a shift in both culture and lineage dynamics of many towns in the present Anambra state and parts of the present Oshimmili Local Government in Delta state. Today in Anambra state, there are traces of Igala history in some communities such as – Ayamelum, Ihiala, Oyi, Awka North/South, Aniocha, Dunukofia, Onitsha North/South, Ogbaru, Anambra East/West, and Njikoka. Nzam, Igbedor, Inoma, Odekpe, Owelle, Ukwala, Onugwa, Ode, Ala and Igbokeyi.

The migrant not only settled in Anambra state, but several communities with Igala ancestry also abound in Enugu state. Enugu state shares a direct boundary with the Kogi Igalas. Unlike Igalaland borders with Anambra separated by the River Niger, there is no water between Kogi Igalas and Enugu.

Hence, migration/encroaching to fertile unoccupied land in Enugu state for trading, farming, as well as the establishment of new territories (by Onogu/Ajogu clan) by some Igalas was very easy as the boundary lines can get blurry.

Today, the cross-cultural mix has some indigenous Enugu/Igala people having both languages as their first languages. It is common to see names like Attah, Ameh, Akor, Okolo, Ogu, Onogu, etc amongst the Enugu people today. These are traditionally Igala tribal names. It is almost impossible to tell the Igalas and Kogi-Enugu border Igbo towns apart.

There are several other purported Igala communities within the southeastern states as supported by  Amb Ayegba Abdullahi Aduojoh after his three years research work titled “Discover and Reconnect All Indigenous Igala people Across Nigeria and Beyond Project”.

He claimed that Igala also has indigenous communities in Anambra, Abia, Ebonyi, and Abia.

There is no strong evidence to back these researches up neither have some communities listed there come forward to verify this claim. The claims that these communities are part of the indigenous people of Igala to a large extent can be termed bogus and unverified.

The close cultural ties are also evident in both languages, some Igala words can be found in some Igbo dialects. These include ‘Atama’ which translates as ‘Chief Priest’ in both languages, “Ajogwu” which means ‘warrior’ amongst both tribes. Osikapa as rice, Abacha as cassava, Egwa/Agwa as beans, AKPATI as clothing box.

The four traditional market days in Igboland do not just stand for commerce, it has a spiritual and in-depth connotation.  The Igbo and Igala people also have four market days which are – EKE, ORIE, AFOR & NKWO in Igbo and EKE, EDE, AFOR & UKWO in Igala. Both the Igalas and Igbos share a lot of common words together, what more influence or cultural ties could there be.