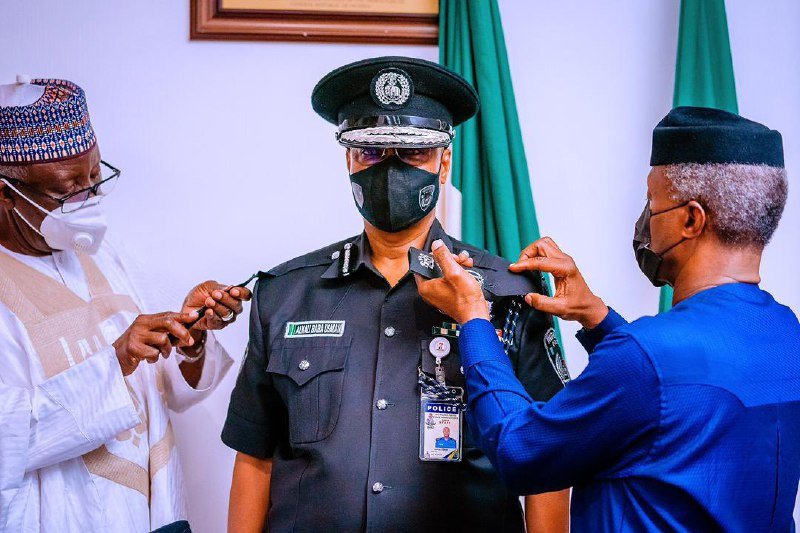 The Inspector-General of Police, Usman Alkali Baba got an angry reception from Lagosians upon his arrival in the state on Wednesday.

Many residents who turned up on the streets were caught on camera hurling insults at the Police boss as his convoy passed through the streets.

It was gathered that the Lagos State Police officials blocked the Oshodi-Lagos Airport Road and Maryland-Ojota axis of the Oshodi-Anthony Expressway to allow free movement for the IGP and his entourage but this didn’t go down well with the road users who were stuck in traffic.

Speaking in Yoruba language, many of the residents could be heard abusing the IGP screaming “thief”, while others shouted, “you will never do well”.

The IGP’s presence in Lagos State has been confirmed in a text message to FIJ by the State Public Relations Officer, Olumuyiwa Adejobi.

He however didn’t reveal Alkali’s mission in Lagos, noting that the purpose of his visit would soon be made known.

However, reports revealed that a June 12 nationwide protest has been scheduled and one of the venues chosen by the organizers is the Freedom Park, Ojota.

The protests are targeted at speaking against bad governance under the administration of President Muhammadu Buhari.

Chelsea Ready To Give Pulisic, Abraham Two Others In Swap Deal For Dortmund’s Haaland