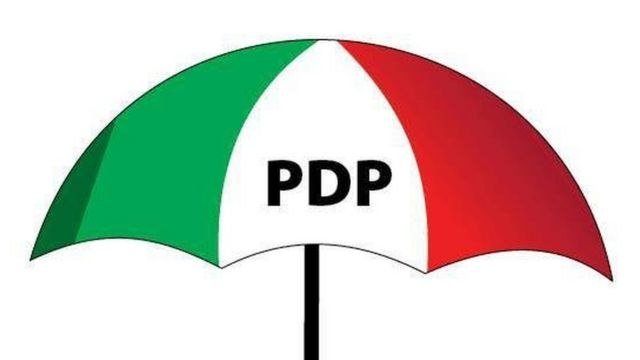 The Anambra State chapter of the Peoples Democratic Party (PDP) has debunked allegations that its state executive has been removed by a Federal High Court in Abuja.

There have been rumours in the state that a High Court in Abuja had removed the State executive of the party in a judgement delivered through zoom.

The State Chairman of the party, Mr Ndubuisi Nwobu who addressed a press conference at the State party secretariat in Awka dismissed the judgement.

He said: “We’re here to bring you to pace about certain developments in the party. Our attention has been drawn to a court judgement delivered via zoom, which purportedly sacked this executive. We want to tell you there is nothing of such, and it cannot stand.

“I want to tell you that there was another judgment on 24 May 2018, by one Justice AO Musa of the FCT High Court. That judgement clearly stated the process in which we emerged, and it stated that we fulfilled all the processes, and we were duly elected.

“We have taken notice of the efforts of political merchants and in a short while, those who are bent on being fifth columnists will hear from us.”

He stated that so far, there have been no leadership problems in the state chapter of the party, and that Mr Ejike Oguebego, who was referred to by the zoom judgement as the new chairman has been loyal to the leadership of the party.

He said, “Let it be known that the said judgement is of no substance and does not avail the plaintiffs of any right whatsoever being inconsistent with a valid judgement of a court of coordinate jurisdiction.

“In view of the foregoing, we appeal to the Anambra State PDP family, supporters and aspirants to go about their political activities without let or hindrance.”