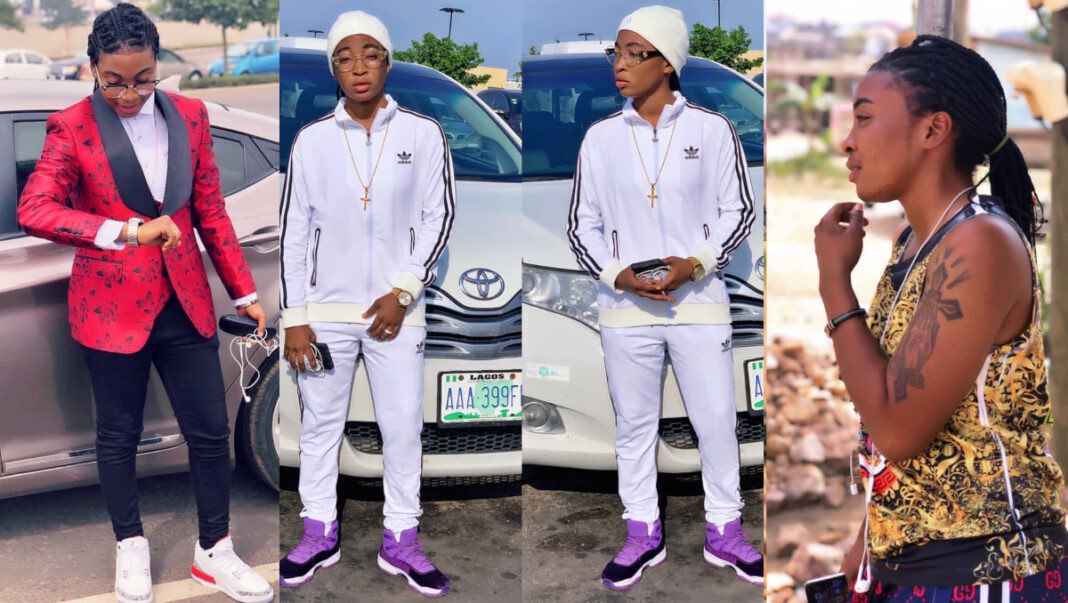 Elladeevah Ellios, a Nigerian lesbian who is based in Ghana has come out of her shell to disclose that she was gang-raped by four men in Ghana.

Anaedoonline.ng understands that Ellios shared the ‘touching’ story on Facebook indicating that she was drugged by someone she trusted.

The abused lady revealed this after she was discharged from the hospital. According to Ellios she was lured by her own best friend of 3 years to where she was drugged and ganged raped by four Nigerian men including her best friend.

She revealed that her only crime was being a lesbian. Ellios said after she reported the incident to the police, her best friend was arrested but he denied the allegation. 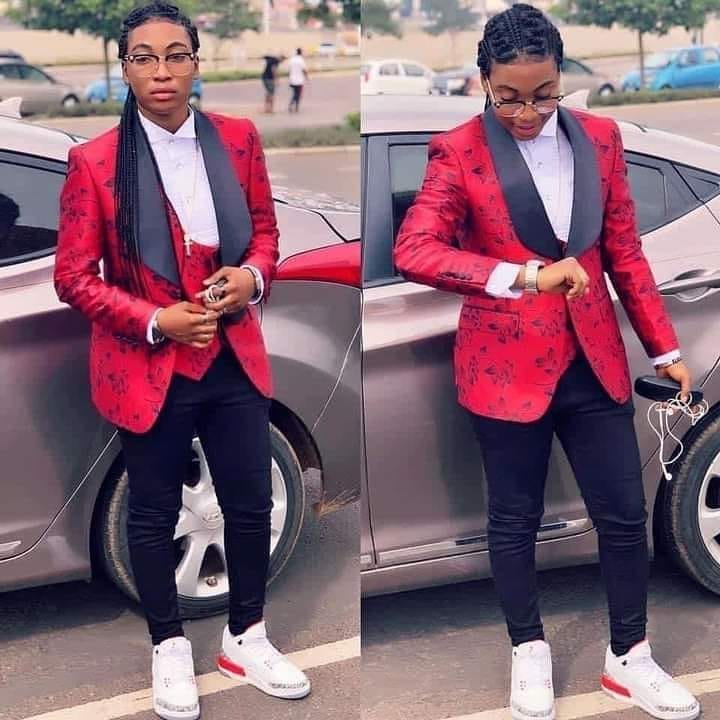 She, however, vowed not to act otherwise but will allow justice to speak for her. 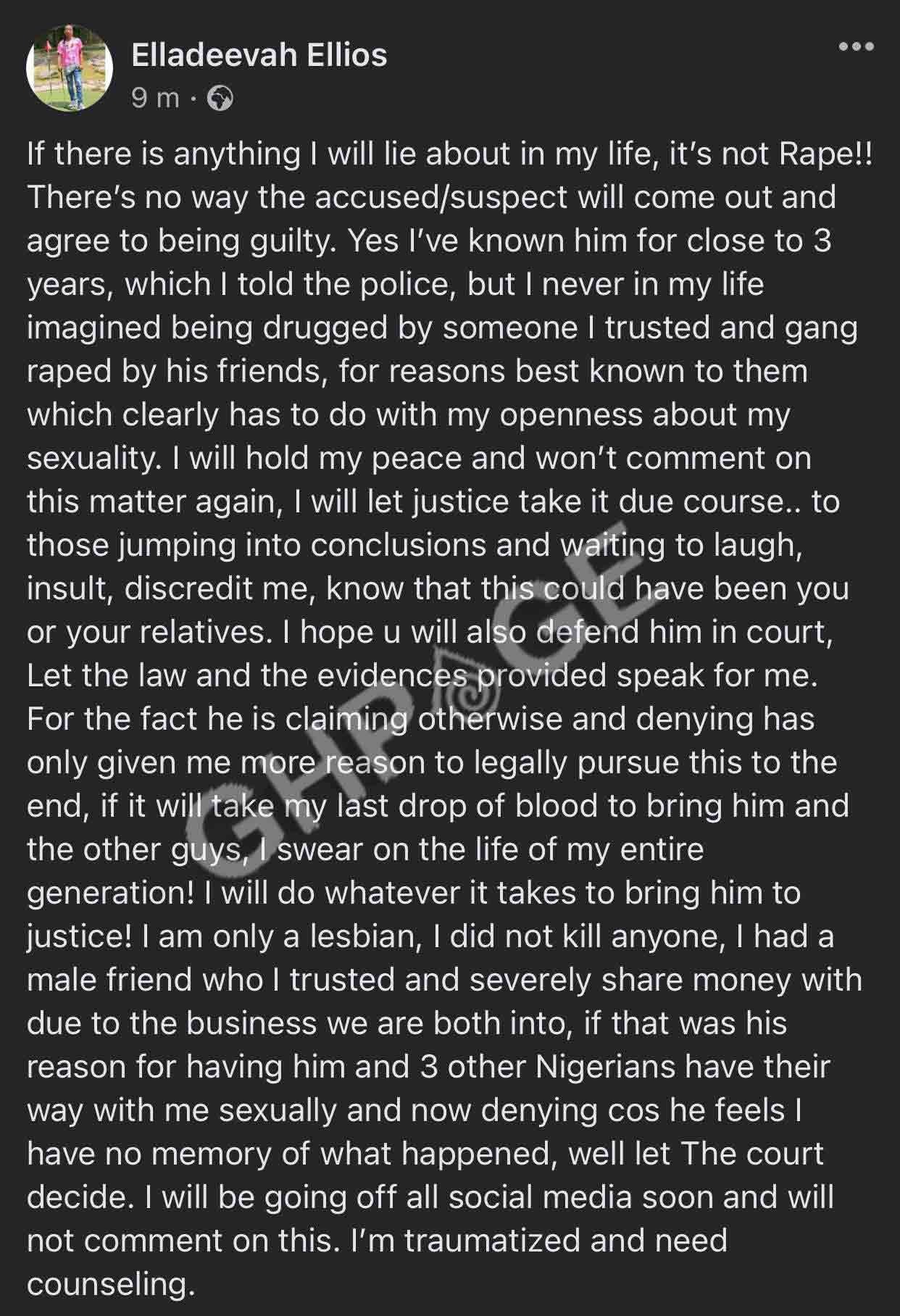