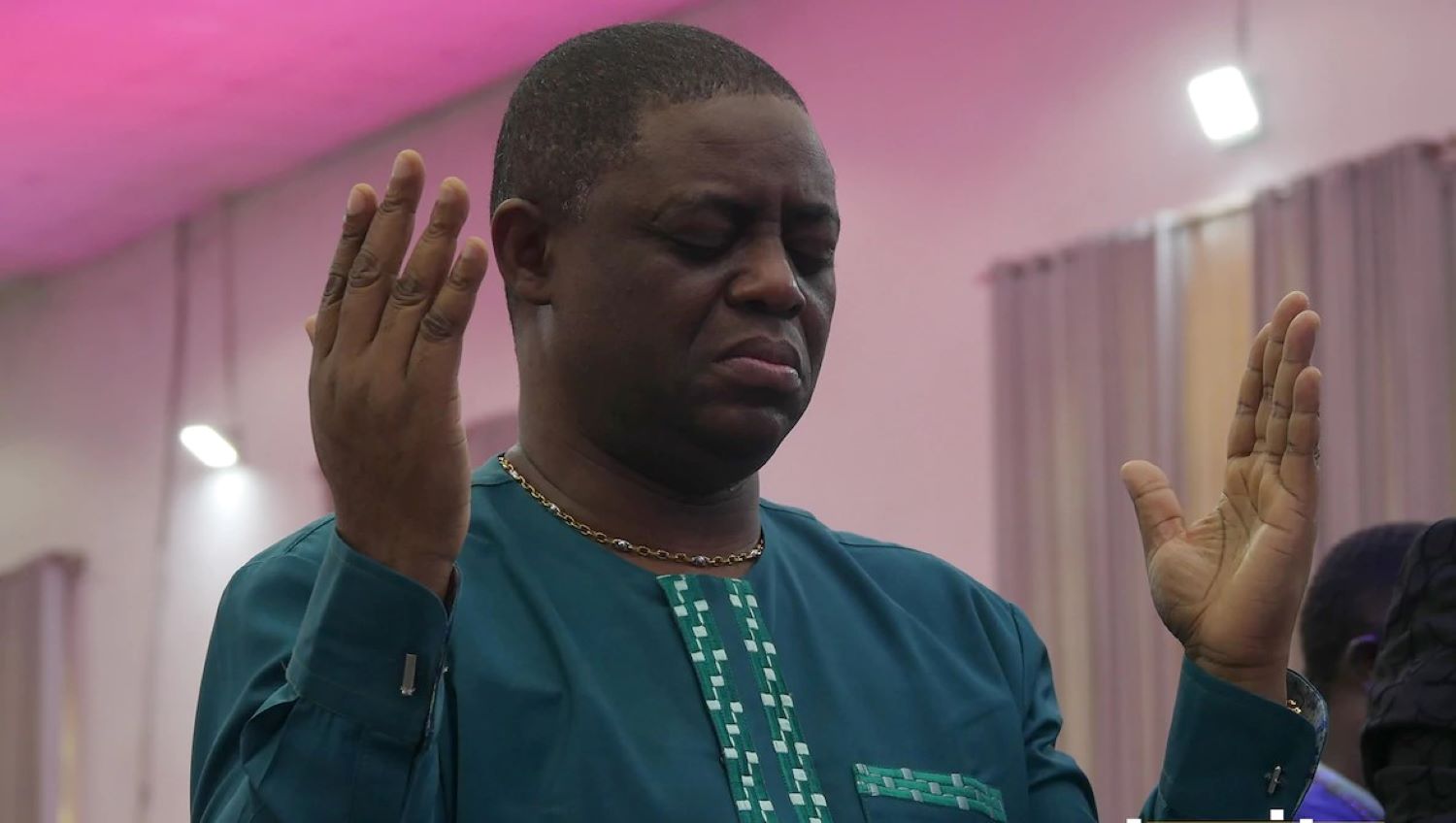 Last Saturday, Prophet TB Joshua passed away. It was sudden, shocking, and it reverberated heavily in a nation passing through one of its most critical moments in history and that could do with all the men of God and insight they can have. A few days later, Pastor Chris Okotie called TB Joshua a “wizard of Endor” on a Facebook post.

This did not go down well with many. Of course, it is not lost on us, the fact that the late Prophet TB Joshua and most of the Nigerian popular men of God didn’t see eye to eye. He had no mentor, associate, and friends among them. He wasn’t a member of the Christian Association of Nigeria, CAN, nor the Pentecostal Fellowship of Nigeria, PFN.

But to malign a dead man, a fellow man of God, was the lowest ebb for a well-known pastor.

Today, 11th June 2021, the former Aviation Minister and chieftain of the PDP and outspoken political and human rights activist, Chief Femi Fani-Kayode has now weighed into the matter and knocks Okotie for a “vicious assault and utterly inexplicable, irresponsible and unprovoked attack on the person of TB Joshua” who was FFK’s “friend and brother”.

We have the statement in full and it is a conscientious and moving piece laced with the right proportion of anger. A great reading.

BETWEEN T.B. JOSHUA AND KRIS OKOTIE: A Statement by Chief Femi Fani-Kayode

“Africans do not celebrate great men. They rather take delight in celebrating mediocre men. Africans happily destroy great men and if possible look for their mistakes to nail them. So sad that they destroyed Prophet T.B. Joshua on a daily basis. Finally, he has left them and what he was doing, they can’t do! Evil continent!” – Prophet (Dr.) Emmanuel Badu Kobi, Glorious Wave Church International, Accra, Ghana.

Prophet Emmanuel Kobi has spoken the truth and he has spoken for millions. I commend his courage.

Sadly Pastor Kris Okotie of Household of God Church International has taken another course and confirmed Kobi’s concerns about the nature of the African.

Whilst the rest of the world is busy mourning Prophet Temitope Balogun Joshua of the Synagogue of All Nations (SCOAN) and celebrating his outstanding ministry and legacy, he has chosen to slander him in the most grievous manner even whilst his body still remains in the mortuary!

He has said the most uncharitable and unprintable things about the Prophet which I refuse to repeat here.

FFK’s Fiery statement on Pantami’s terrorist links: He is a cold-blooded beast

I am always reluctant to join issues publicly with men and women of God but Okotie’s insults on my friend and brother, who is no longer here to defend himself, are so grave and damaging that they cannot go unanswered.

My response to him is as follows.

I have always had so much respect and affection for you right from the days that we were at the Nigerian Law School in 1985.

Your life and ministry, including the beautiful songs you used to sing, fascinated and inspired me.

However with your foul-mouthed and vicious assault and utterly inexplicable, irresponsible and unprovoked attack on the person of TB Joshua, all that has gone with the wind. Today I have nothing but contempt, scorn and disdain for you and, simply put, I loathe and despise you.

To borrow our President’s words, I will now talk to you in the language that you can understand.

You mock my brother in death yet you appear to have forgotten that death comes to us all. It is only a matter of time. Evidently, you have no respect for yourself and no fear of the Living God whom you claim to serve.

Even if you never liked TB Joshua or you had reason to suspect that his source of power was questionable, couldn’t you have just keep your mouth shut and let those of us that believed in him, loved him, and respected him mourn him in peace?

You seek to vilify and shame the memory of a humble, gentle, decent and kind soul who was a million times the man and servant of God that you are or could ever be and who has just gone to meet his maker.

You insult the memory of a man who was a great inspiration and source of strength to millions of God-fearing and decent people from all over the world and you have sought to dishonor and discredit his ministry, his memory, his family, his friends and his legacy. God will surely punish you for this.

Worse of all is the fact that you are a coward who, as is characteristic of all cowards, waited until he died and was no longer around to defend himself, before you opened your dirty little mouth to insult him.

The more you attempt to dishonor a man like TBJ and bring sorrow to his wife, children, admirers, followers and Church members all over the world the more God will cause you to suffer failure and sorrow and to shed tears.

There are millions of us that love this great son of the South West and indeed Nigeria even though we are not even members of his Church. We admire him and stand by him even in death. You are not fit to lick his shoes or to clean his posterior.

Finally, hear this. Before you mount your accursed pulpit, unleash your venomous tongue, cry your caustic cry and lift your poisonous pen to launch yet another vicious and unprovoked attack against an innocent and kind soul who did nothing but make all those around him happy and who has just passed away, I urge you to meditate on the following scriptures.

The Bible says, “let he who is free of sin cast the first stone”.

It says “touch not my annointed and do my Prophet no harm”.

It says “who is he that lays a charge before God’s elect? It is Christ that justifies!”

For a celebrated man of God like you to neglect, these admonitions are a grave error that may result in unimaginable consequences for you and what remains of your tattered ministry.

Christianity is about being humane, kind, charitable, gentle, long-suffering, and humble.

It is about having empathy for the weak, the suffering, the vulnerable, and those that are in pain.

It is about loving the unlovable and forgiving those that have hurt and offended you.

It is about kindness, peace, long-suffering and the ability and desire to bring joy to all those around you.

It is about celebrating and encouraging the success of others that are leaders and members of the Body of Christ and it is about protecting the mother Church from ridicule, shame, contempt and destruction from those who hate our Lord and who have contempt for our faith.

These are virtues and qualities that Prophet T.B. Joshua espoused and exhibited throughout his life.

Any so-called man or woman of God who fails to appreciate these virtues, who refuses to acknowledge and practice them and who goes out of his or her way to destroy the reputation, name and Ministry of his or her fellow clerics or, worse still, that of one of God’s “end-time” Generals, is nothing is unworthy of being called a servant of God and is nothing but scum.

Such a creature is an enemy within, an accuser of the brethren, an agent of Beelzebub, a lying snake, a self-absorbed nincompoop and a ravenous and savage beast.

May God deliver you and may you find peace.