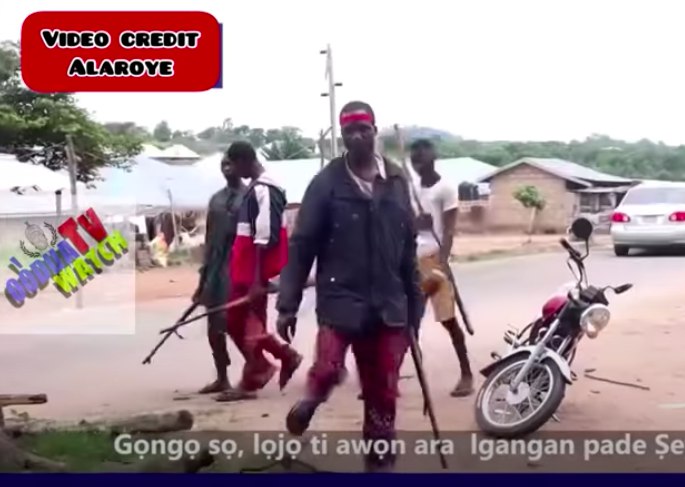 Some youths in Igangan have resorted to ‘self-help’ by patrolling with guns and searching vehicles that enter the area following the killings of residents by suspected Fulani herdsmen.

Recall that suspected herdsmen attacked Igangan, Ibarapaland, Oyo state on Sunday, June 6th burning down a filling station, buildings including the Palace of the Asingangan(traditional ruler) and killing several people.

The gunmen stormed the community with over 20 motorcycles, killing about 15 people in the attack. 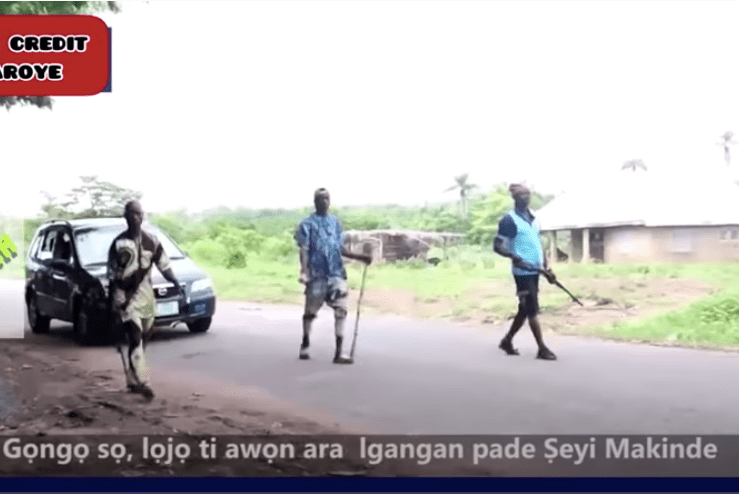 Governor Seyi Makinde has since reacted to the incident stating that security operatives are on ground to handle the problem.

However, in viral pictures, the youths of the community have resorted to securing the area against another possible attack.

June 12 And The Lessons Not Learnt