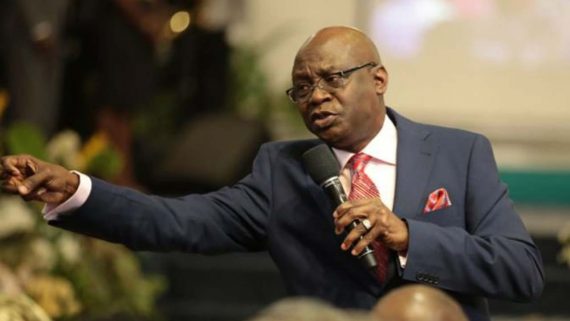 Pastor Tunde Bakare, the founder of the Citadel Global Community Church, has stated that the 1999 Constitution is fraudulent and inconsistent.

On Saturday, He stated this at the event themed, ‘Democracy Day Dialogue with Dr. Tunde Bakare,’ was in commemoration of the June 12 Democracy Day.

The pastor, who spoke on the topic, ‘Rethinking the Nigerian State,’ called for a new constitution that was a product of the people of the country.

He advocated that the present constitution should be replaced by a new constitution put together by Nigerians.

While commending the recognition of June 12 as Democracy Day, he also said the country must address the marginalization of the Igbo and other minorities.

The cleric insisted that Nigeria was better as one, saying he would never support the breakup of the country.

“As far as I am concerned, there are only two major parties today: PDP and APC. It was my privilege to move the motion in March 2012 at the Eagles Square, the motion that brought ACN, CPC, ANPP, and all of them together.”

Bakare also stated that he would give up his presidential ambition if he saw anyone with better ideas and plans for the country.