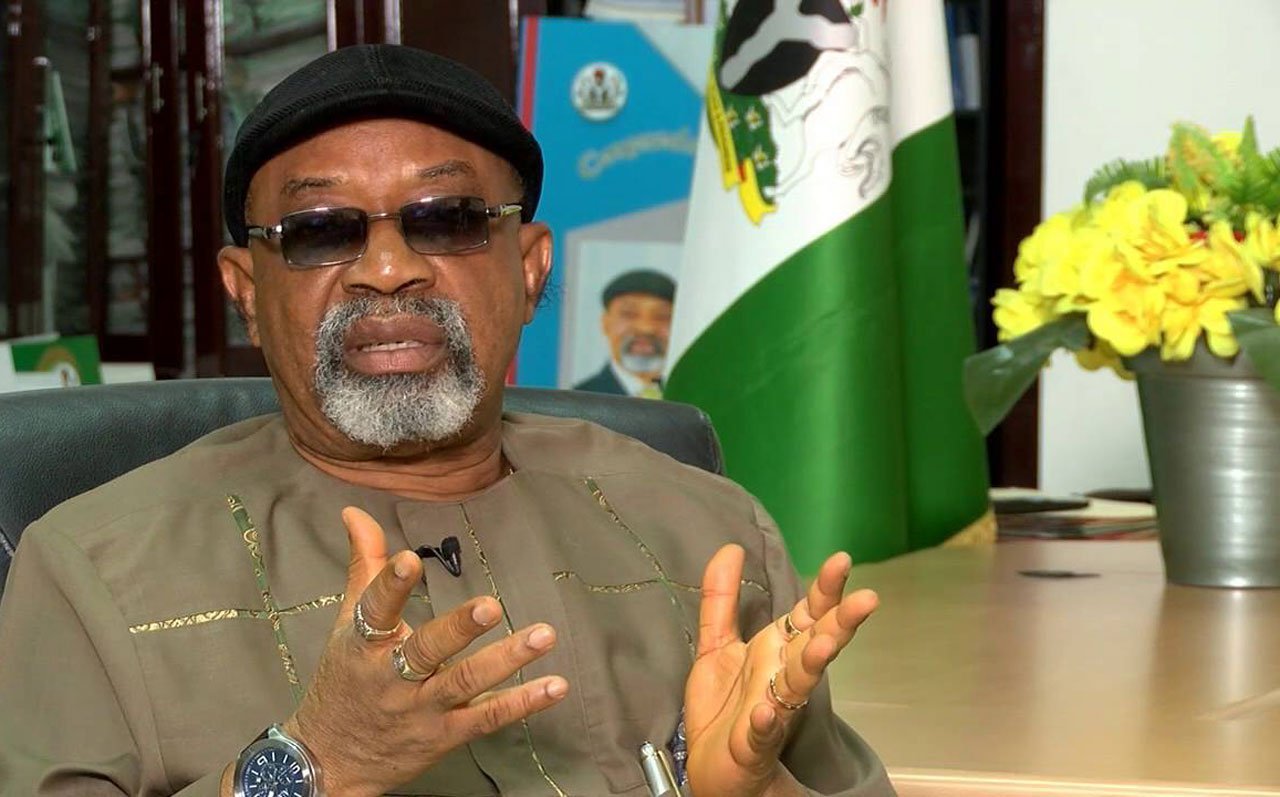 The Minister of Labour and Employment, Chris Ngige, has accused elites of using propaganda to cause chaos in the south-east region.

Speaking at an emergency stakeholders meeting of the Association of Eze Ndigbo in the 19 Northern States and Abuja, Ngige accused the elites of using propaganda against the Muhammadu Buhari administration.

According to the former Anambra governor, stated that the South-East had gotten a fair share of what is due to the zone, especially infrastructure wise.

See Faces Of “Innocent” Igbos Killed By Police, Army After Being Labelled As Gunmen

He said: “There is no maltreatment there. We are in the Federal Executive Council (FEC), which is composed of a minister per state.

“But we have one extra ministerial slot. So, the South East is effectively represented to ensure justice is done to our people.

“We are there to talk when there is no justice.”

While slamming those criticising Buhari’s government, Ngige pointed out that Igbos had enjoyed key positions in the past.

“People can say that we are not honoured with appointments of Inspector-General of Police, Chief of Army Staff and Secretary to the Federal Government (SGF). These are positions we have enjoyed before in the Nigerian Federation,” he said.

”We had two Inspectors-General of Police (IGPs), Ogbonnaya Onovo and Mike Okiro. We had an SGF, Senator Pius Anyim. We had four Senate Presidents. Twice we produced Deputy Senate President and Deputy Speaker, Ike Ekweremadu and Emeka Ihedioha respectively.

“They were in charge of federal budgets for eight years from 2007 to 2015. That is the rule in the National Assembly.

“So, if you now talk about appointments, it becomes a matter of perception. I won’t blame them. Perception and reality are in the same line.

Ozekhome: Why Northern Govs Disapprove of Asaba Accord By Southern Govs

”For me, those people perceiving that are ignorant. I don’t want to use the word mischievous. But much more importantly, propaganda against the government by the elite in the South-East should stop because it is that propaganda that provoked troubles that we are now noticing.

”People have been brainwashed and the separatists humped on that foundation to now shout from the rooftops that we will give you Biafra and when we give you Biafra, all these things will disappear.

“There is no country that does not have its own problems. We have economic problems here and that is why we have unemployment and of course, we have a youth bulge in our population.”

Charlyboy: Why I Apologised To My Lesbian Daughter