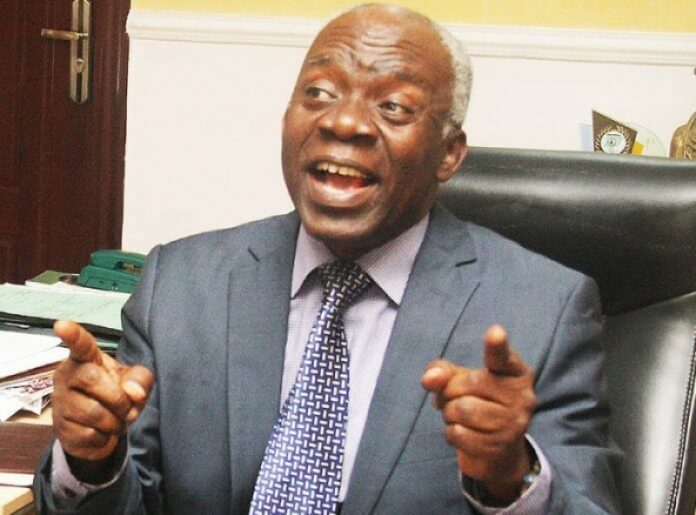 Femi Falana (SAN), the Popular human rights lawyer, has called on the Nigeria Police Force to apologize to protesters who were arrested during the June 12 nationwide protest on Saturday.

He accused the police of violating the fundamental right of expression of the protesters.

“The police should learn to respect the constitutional rights of protesters. It’s uncivilized for the police to be chasing and attacking unarmed protesters on the streets as if these citizens are criminals,” Falana noted in a communique on Sunday.

Ghastly Motor Accident: Is Yomi Casual Still Alive? (READ)
He however commended the protesters for conducting themselves in a mature and peaceful manner.

Falana also condemned the explanation of the police that the tear gas shot was to prevent hoodlums and miscreants from hijacking the peaceful rallies adding that there are lessons to take from that incident which he describes as unfortunate.

He urged future protesters to inform the police ahead of their action as demanded by law.