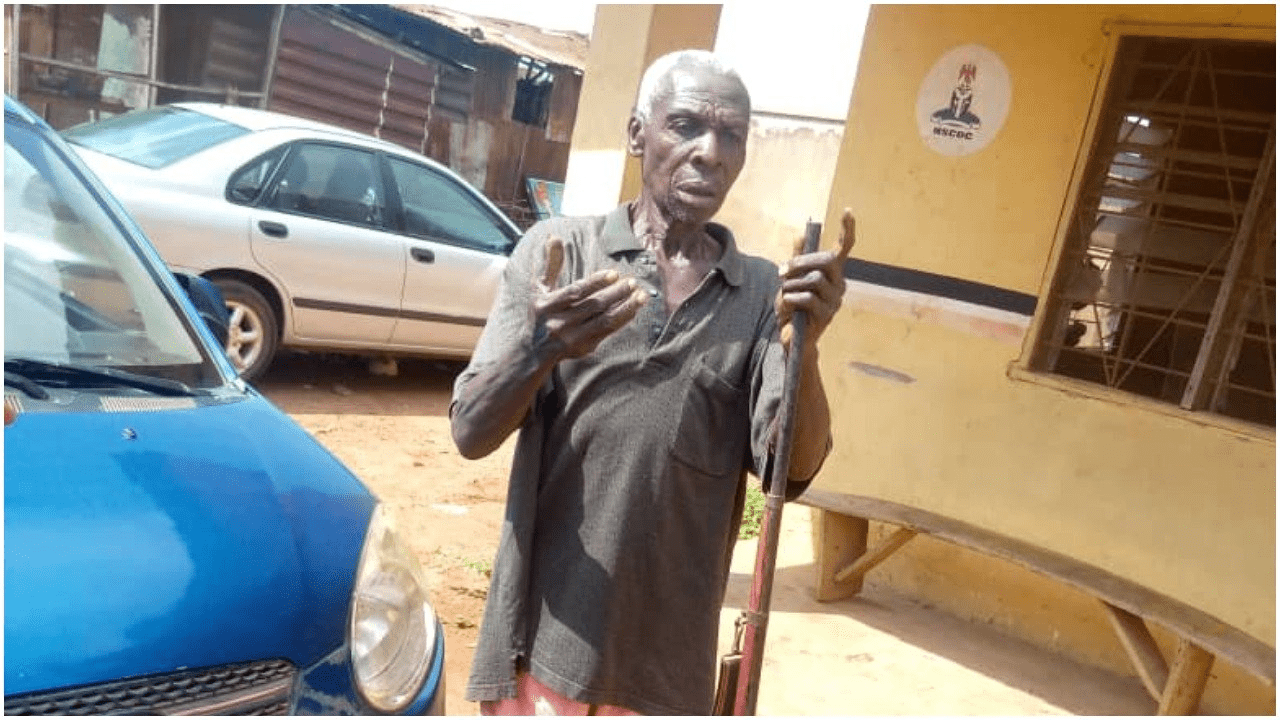 The Nigeria Security and Civil Defence Corps (NSCDC) has arrested a 76-year-old man, Zubair Audu, in Kwara for allegedly attempting to kill his son.

The spokesman for the NSCDC Command in Kwara, Mr. Babawale Afolabi, made this known to newsmen on Thursday.

Afolabi explained that the operatives of the corps at Pake in Kwara North received a distress call that the suspect was chasing his son with a locally-made rifle.

Read Also: May God Kill Wife, Son of Anyone Who Is Against Yoruba Nation – Sunday Igboho (Video

He, however, said that the search for the boy, who is now at large, had begun.

Afolabi said that the investigation revealed that the father and his son were “in a good relationship before the life-threatening incident’’.

He added that further investigation to unravel the circumstances leading to the incident had begun.