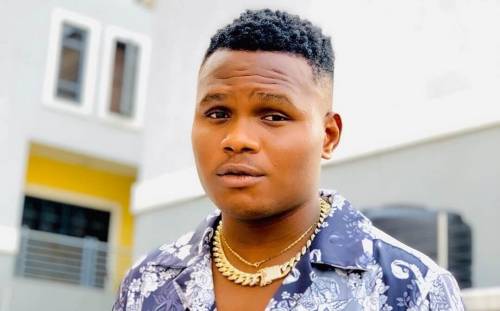 Ogunleye Babatunde, popularly known as Oluwadolarz, a Popular Nigerian comedian, has been arrested by the Lagos State Police Command for endorsing and advertising a Ponzi scheme company, Rackstrli, which has allegedly defrauded Nigerians.

The Area J Police Command in the Ajah area of Lagos State had on Thursday invited the comedian for interrogation.

It was disclosed that Oluwadolarz had publicly endorsed RackSterli, owned by one Chidi known as Blackgold.

The comedian in a video made at the police station had abuse officers of the Nigerian Police when he was explaining that he would have to see his lawyer on the matter.

“I will consult my lawyer and I’ll cross-check the record. Let me talk now,” Oluwadolarz said.

“Are you shouting on (sic) me? Are you crazy? You said I’m shouting at you. Are you mad?” One of the policemen in the station said.

It was gathered that Nigerians who invested in the scheme and had not received their returns since last year reported the issue to the police.

Oluwadolarz before his arrest on Thursday had released a video running and lamenting on a Lagos highway that the policemen tried to stop and arrest him.

He also accused policemen of trying to harass him as he ran beside a busy road, panting.