The Need To Defend Press Freedom By All Lawful Means

The Major General Muhammadu Buhari (retd.) regime, in concert with the National Assembly, has renewed its assault on fundamental rights by an attempt to muzzle the mass media. Two bills, surreptitiously presented to the parliament: the National Press Council Amendment Bill, and the National Broadcasting Commission Amendment Bill, seek to suffocate the press, stifle opposing views and criticism and bludgeon independent journalists and media organisations into gaol, ruin, and closure.

The freedom of the press is individual liberty, not the peculiar privilege of a profession or an industry. It is, therefore, up to all Nigerians to end the escalation of threats against the media.

The Presidency has strongly denied that it has a hand in the ghastly bills, referring enquiries to the Ministry of Information and Culture. The disavowal notwithstanding, Buhari has in the past six years as President, incrementally eroded all pretence to being a reformed democrat, impatient with consensus, inclusion, the exercise of fundamental human rights, opposing views and freedom of the press. The buck stops on his table.

Acting out a script suspected to be orchestrated by the Executive, a Bill for an Act to amend the Nigerian Press Council Act 1992 is touted as a “private member’s” bill and purports “to remove bottlenecks affecting its performance and make the Council in tune with current realities in regulating the press and for related matters.” Together with the NBC bill, the two proposed laws, which the sponsors said were aimed at moderating the alleged “recklessness” of the media, seek to confer directly or indirectly, unprecedented regulatory power and control over the print, broadcast and online media on the President, the Minister of information and Culture and their appointees on the regulatory bodies. This is nothing but fascism.

Nigeria has never run short of rulers who pay lip service to democracy. But the present move represents something darker. It is an attack not just on the media, but also on the 1999 Constitution Buhari swore to uphold. If these bills are allowed to become laws, they will be an attack on the right of all Nigerians to speak their minds. As elected representatives, it is alarming that lawmakers are lining up behind the bills. It is a callous betrayal of the people’s trust.

It is recognised that press freedom is not negotiable in a democracy. Indeed, the press is the cornerstone of any democracy. And among other constitutional guarantees, is the freedom of the press. The celebrated American news anchor, Walter Cronkite, declared, “Freedom is not just important to democracy, it is democracy.” Nigeria belongs to all its citizens; their rights cannot be trampled upon by temporary occupiers of political office.

The NPC bill seeks to regulate the print media, establish a press code and standards, grant or revoke publishing licences, register or delist journalists and “ensure truthful, genuine and quality services and media practitioners.” It confers on the council, the power to determine ethics and “fake news,” investigate infractions and impose fines on journalists, publishers, and distributors.

It can impose a fine of up to N250,000 on a journalist and N5 million on a corporate body. It specifies jail terms of one to three years and fines ranging from N250,000 to N5 million on journalists, newsagents, and media outlets. It imposes fines of N2 million to N5 million to erring “purveyors,” two years in jail and compensation for “fake news;” the medium that published the “fake news” is liable to N10 million fine or closure for one year and in addition, is to pay N20 million as compensation to the aggrieved party. These are outrageous.

The NBC bill is no less sinister. Like its NPC twin, it gives much power to the minister to make and enforce regulations. The regime wants sweeping powers to register and control online content and social media; it wants media houses to separately register their online platforms. Recently, the NBC has been clamping down on broadcast stations, imposing fines and acting more like a regime political enforcer than an impartial regulator.

Unlike the existing NPC Act that has representatives of the Newspaper Proprietors’ Association of Nigeria, Nigerian Guild of Editors, Nigeria Union of Journalists, and the Broadcasting Organisations of Nigeria on the board with responsibility to administer the council, the amended version makes the board a part-time advisory one and confers such powers on the Executive Secretary, who like the chairman, is appointed by the President. Stakeholders insist that only practitioners can establish codes of ethics, not the government.

Buhari has not changed. As military head of state (1984-85), his tyrannous regime enacted the infamous Decree 4 by which he similarly sought to destroy press freedom. Deploying the decree, his regime jailed two journalists with The Guardian. The offence of Tunde Thompson and Nduka Irabor was that they wrote a story on ambassadorial postings. He is criminalising journalism again, enabled by an information minister, Lai Mohammed, whose role model in media management is one-party ruled China.

In the World Press Freedom Index 2021, Nigeria dropped to 120 out of 180 countries, down from 115 in the 2020 ranking. The report detailed assaults on the media, killings and harassment of journalists and media organisations. Obsessed with killing social media, it imposed an indefinite ban on Twitter and threatened other tech platforms, including Google, Facebook and Instagram. NetBlocks calculates losses on N44.28 billion to the economy in the first 18 days of the ban. It shamelessly joined non-democratic China, North Korea, Iran, Turkmenistan and Myanmar as countries banning online media. Amnesty International lamented, “In Nigeria today, journalists are harassed, detained, tortured and killed for doing their job.”

It is not only press freedom that is under siege on Buhari’s watch. Freedom House UK, in its Freedom in the World 2021 survey, ranked Nigeria as only “partly free”, detailing violations of political, social, religious and press rights and how freedoms of assembly, speech, expression and of the press have been “limited by sedition, criminal defamation, and so-called false-news laws. Internet service providers sometimes block websites at the request of the Nigerian Communications Commission…” Religious rights are curtailed in the North and trampled upon, and police and soldiers violently disperse peaceful protesters.

Fundamental rights, including of expression and the press, are guaranteed in Chapter IV of the 1999 Constitution. So do the UN Universal Declaration on Human Rights, the African Charter on Human and Peoples Rights as well as several other international treaties to which Nigeria has signed on. Article 19, a UK advocacy, recorded 51 incidents of assaults, arrests and prosecution in Nigeria in 2020, up from 19 incidents in 2019.

You do not hold a country down by force or by retrograde ideas that are patently unsuitable for a vibrant democracy. It is legitimacy, cooperation, enlightenment, and inclusive policies that bind a country together, instil patriotism and national cohesion. Fundamental rights can only be taken away at the risk of Nigeria’s corporate existence. Buhari and Mohammed are embarrassments to Nigerians; the minister’s fiendish threats against social media and his fixation with repressive China are abhorrent.

It can be safely argued that Buhari would not have been President without a free press. Power is transient; Buhari was for long in opposition. As opposition party spokesman, Mohammed utilised the free press and social media with ruthless fervour against the incumbent Goodluck Jonathan administration. Leaders should be expanding the democratic space, not closing it.

A study by Internews Europe found that “countries where much of the public has access to the free press usually have greater political stability, rule of law, government efficiency in the policy process, regulatory quality, and the least corruption.”

It is no accident that such countries enjoy basic freedoms, have the best human development indices, are the most stable and most hospitable. Norway, Finland, Sweden, and Denmark are the top four in the WPFI. According to Human Rights Careers, a healthy democracy anchored on fair elections, citizen rule, protection of rights, and cooperation, also demands a free press for three reasons: to uncover the truth, to make power accountable, and to ensure informed voting. 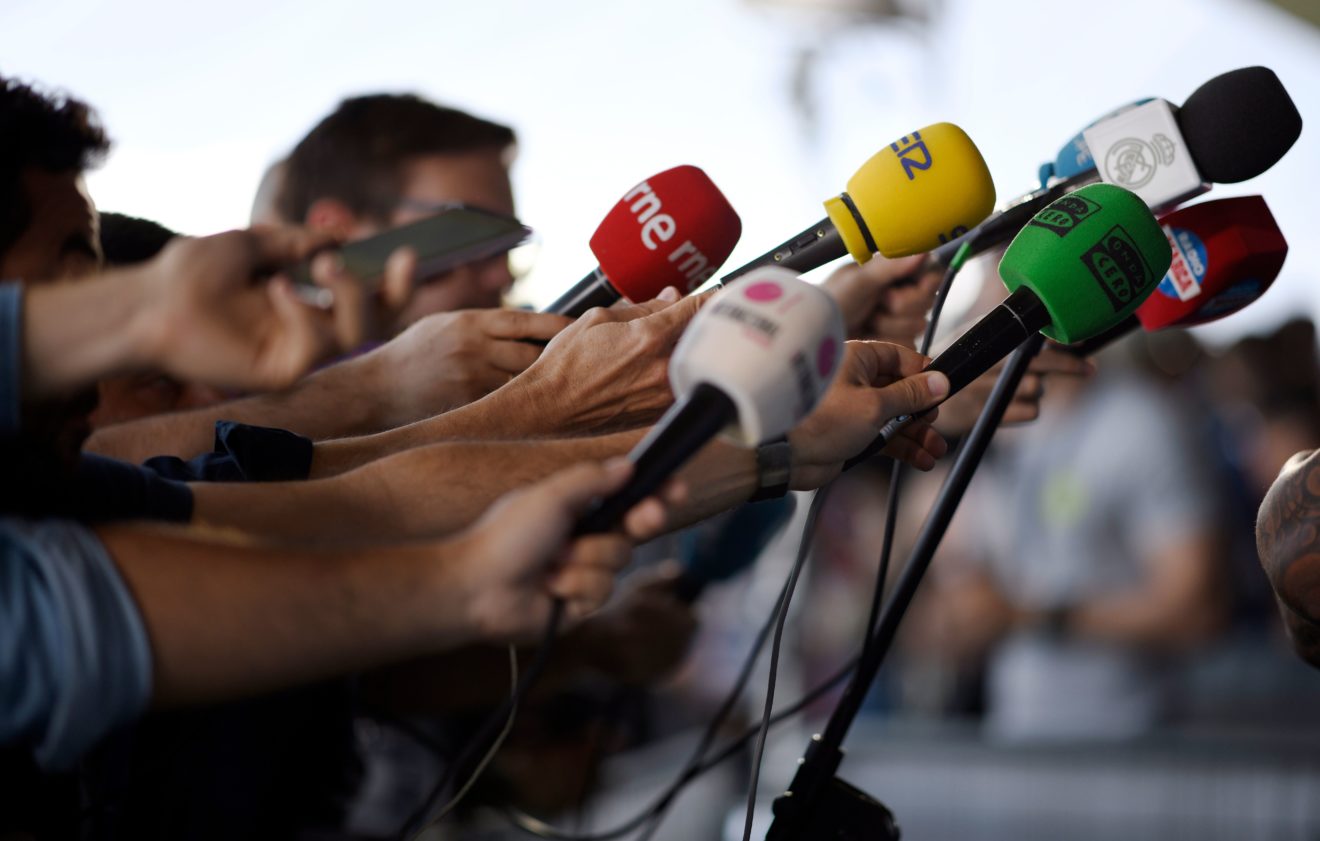 But Buhari and the NASS will fail. The colonial government could not silence the Nigerian media, successive military regimes tried and failed. Nigerians cannot succumb to the tyranny of an unenlightened regime and lawmakers that rose to power through the democratic process but are hell-bent on subverting it. They should remember the admonition of Thomas Jefferson: “The only security of all is in a free press.”

Read Also: Nigeria: Threat On Life Of Journalists Is Alarming – US Laments

This desperate move to legalise repression and the right to free expression is a reprehensible descent into authoritarian rule. Stakeholders should not relent in instituting lawsuits and other legal means in defence of this essential freedom. The NASS should drop the reprehensible bills and concentrate on making laws to deepen democracy, rescue the economy and safeguard the fragile federation.

In a similar circumstance, courageous Maria Ressa, a journalist, and founder of the news organisation, Rappler, in the Philippines, said in 2018: “You don’t really know who you are until you’re forced to fight to defend it … We will hold the line.” Ultimately, the Nigerian media should hold the line here as well.