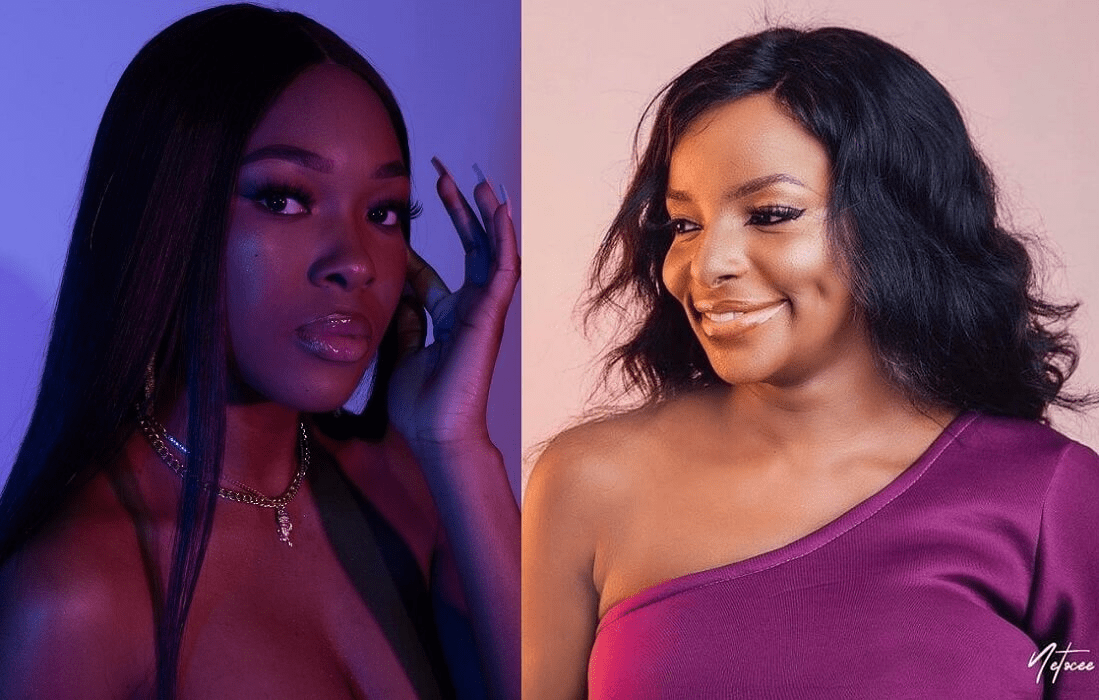 Media entrepreneur and BBNaija ex-housemate, Wathoni has explained her fight with BBNaija finalist, Vee, saying it was a clear case of misunderstanding.

Ebuka, the show host, played a short clip of Wathoni and Vee having a shouting match over bed space, and the parties involved were allowed to speak on the fight.

In her explanation, Wathoni said the scenario was a case of misunderstanding because she didn’t have issues with Vee.

However, the mother of one expressed that she got pained to react to Vee because she likes repeating herself and she heard Vee and TBaj talk about her while she was asleep when they could have spoken to her face.

Wathoni further said she was fine with Vee disturbing her when she needs to pick up her stuff which was close to the bed even though there were a couple of free beds in the room.

Vee responded the fight must have been triggered by the belief that she was on TBaj’s side because both ladies were seeking Prince’s attention.

TBaj, however, dismissed the claims saying she doesn’t think the fight occurred because of Prince.

BBNaija Reunion: I Was Hurt By Neo’s Utterances – Prince