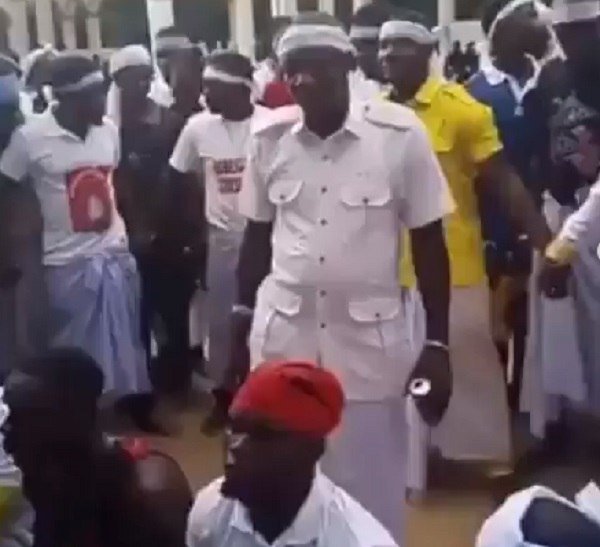 A board is yet to be constituted for the commission, following the dissolution of the previous one in January 2020.

President Buhari has since appointed two interim committees to oversee the commission, but they have both been accused of fraud.

Recall that Tompolo had given the federal government a seven-day ultimatum to constitute the board of the NDDC but reluctantly backtracked after meeting with stakeholders led by the Minister of Niger Delta Affairs, Godswill Akpabio who pleaded to be given till June end to make a decision on the board.

But in a statement on Friday, Tompolo asked the federal government to be sincere in the handling of issues concerning the region because its people have suffered.

“My ultimatum led to a consultative meeting between major stakeholders from the region and Senator Godswill Akpabio in Oporoza town, where a truce was reached, as the Minister profusely pleaded that he should be allowed to start and fast-track the process of constituting the board within the month of June 2021,” he said.

“June 2021 has come to an end. The people of the region are yet to see any tangible move towards the constitution of the NDDC board by the federal government. The people are seriously agitated. There is palpable fear and tension in the region.

“I wish to reiterate my earlier position that the government should, as a matter of urgency, constitute the substantive board of the NDDC to avoid unnecessary bickering and crisis in the region.

“Since I reluctantly accepted the outcome of the consultative meeting, I have done so much to keep peace in the region which some major stakeholders in the security circle are aware of.”

Tompolo added that “the average Nigerian citizen is a government of his or her own as the citizens provide everything for themselves today. The Nigerian Government must create an enabling environment for the citizens to live a prosperous and peaceful life.

“Multinational oil companies operating in the Niger Delta region are not left out in the troubles of the region.

NDDC Board Appointment: Militants Back Tompolo To Buhari

“They are clearly part of the conspiracy in the marginalisation of the region. They must perform their statutory obligations to the people of the region by promptly delivering corporate social responsibility to the people.”