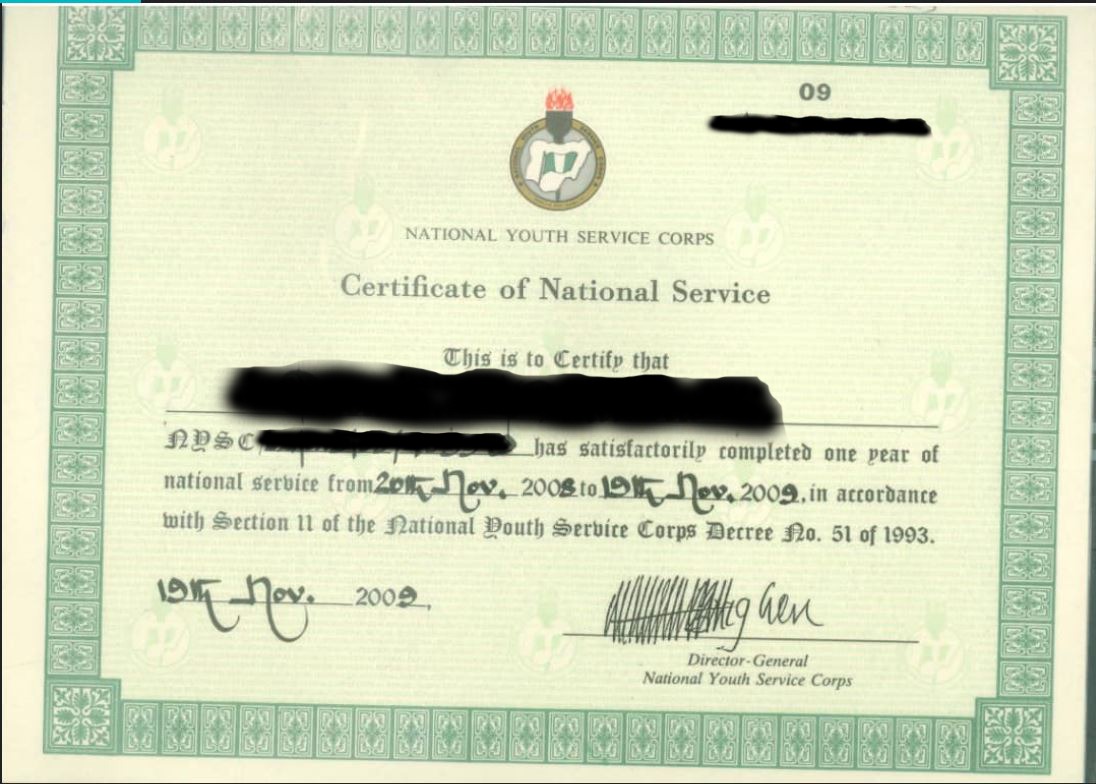 The National Youth Service Corps (NYSC) has informed tertiary institutions in the country of new changes to certificates issued to graduates at the end of their national service year.

In a memo addressed to registrars of tertiary institutions and seen by THE WHISTLER on Monday, the NYSC management said it would start including “Course of Study and Date of Graduation” on new certificates.

“You are to note that, in order to avoid deviation from Senate/Academic Board Approved uploads, request for changes in dates of graduation and courses of study would not be entertained,” read part of the letter signed by Victoria Ango, NYSC’s Director of Corps Mobilisation.

Ango said the move was part of the corps’ resolve to “standardize record”.

Anaedoonline.ng recalls that the NYSC had in 2015 commenced issuance of certificates of national service with the passport photographs of corps members on them.

The then NYSC Director-General, Johnson Olawumi, had noted that the modification was aimed at ending all forms of fraud committed by users of the old certificate.