OPINION: The Partitioning Of Nigeria Ahead Of 2023 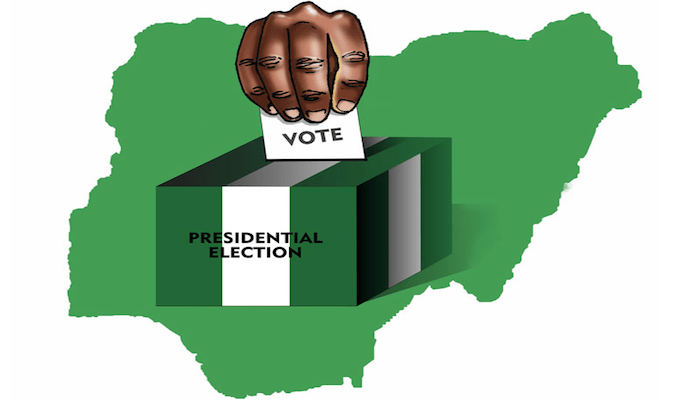 Avarice and prejudice drove European conquistadors to carve up much of Africa like cake. With the gradual end of the transatlantic slave trade spurred by the industrial revolution in Europe, the trespassers, possessed by capitalist fiends, sought sources of raw materials for their industries and markets for their manufactured products.

These encroachers considered Africa as ‘’terra nullius’’ – a vast land belonging to no one –, so they struck, usurping natural boundaries and turning brothers into strangers. All for greed, prejudice, and arrogance.

But nothing changed after the European raiders left Africa. Only the skin color and facial features of the oppressors varied. Colonialism by aliens gave way for colonialism by natives; black-on-black oppression.

It is about two years to the next general election in 2023, and already there is chaos, confusion, and caustic rhetoric brought on by politics of conquest.

It is always about the cake for the Nigerian political class — how to carve it up and serve it among themselves; who to get what and what portion.

It is never about how to make life better for citizens. Nigeria abandoned the development plans of the 60s, 70s, 80s, and 90s. In fact, we do not have concretized development plans anymore, but we always have plans and budgets for elections.

It has been said that Nigerian politicians plan for the next election instead of staying in the present and working for the people. It is always about the next election for them. It is all about how to acquire power, abuse it and retain it.

On Monday, governors of the southern region met and issued a communiqué after the conclave.

I must say, the official communication contained fine points like — ‘’the forum rejects the proposed 3% and support the 5% share of the oil revenue to the host community as recommended by the house of representatives’’ as regards the recently passed Petroleum Industry Bill (PIB).

It is against sensibility that ewes that make the best milk should not eat more of the finest grass. To stave off possible agitations in the future, it is only reasonable that the Niger Delta region from where the bulk of our revenue comes from is accorded this advantage.

In general, the intention of the governors may be noble, considering that it is for the preservation of their region.

But where does the manifest polarization of Nigeria into the north and south by political leaders leave the country?

The regional agenda has become centralized against the goal of the collective. There is a pursuit of self in the negation of the whole. The chasm between the north and the south is widened by the operations of political leaders.

The resolution of the governors that – ‘’the forum reiterates its commitment to the politics of equity, fairness and unanimously agrees that the presidency of Nigeria is rotated between southern and northern Nigeria and resolved that the next president of Nigeria should emerge from the southern region’’ – could be unnerving for people who are not from the south.

I think matters of this character require national consensus, not a regional gang-up. It requires statesmanship.

Chinese Firms Summoned By Ogun Assembly Over Maltreatment Of Workers

Most political leaders in the north have openly expressed support for a power shift to the south in 2023. Nasir el-Rufai, Kaduna governor; Babagana Zulum, Borno governor, and Abdullahi Ganduje, Kano governor, are some of the leaders who have said the next president should come from the south.

Some northern groups have also voiced their support for a president from the south in 2023. So, what was the aim of that performance by southern governors?

What that resolution has achieved so far is to unnerve even those who have shown support for power shift to the south in 2023.

This is what Zulum, a proponent of power shift, said in reaction to the resolution by southern governors.

Zulum: “I have said it times without number that I, Professor Babagana Zulum, I am of the view that the presidency should go to the south in the year 2023 because the unity of our country is very important. Secondly, inclusivity is very important.

Thirdly, I am in the APC. Six or seven years ago, APC had zoned the presidency to northern Nigeria based on the agreement that in the year 2023, the presidency should go to the south.

But again, this is politics. We are supposed to meet and discuss this issue among ourselves, among the political class. This statement that people are saying that the president must go to the south, I want them to remove the word must.”