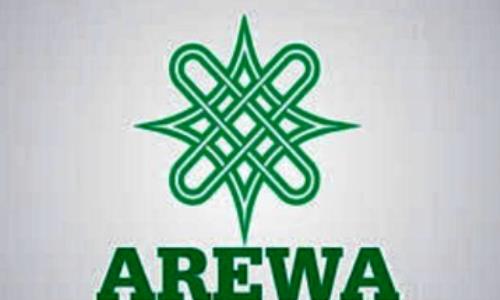 On Tuesday 13th July 2021, The Arewa Youth Consultative Forum (AYCF) has dared any political party in Nigeria to attempt zoning the 2023 presidency to any ethnic group or region.

Anaedoonline.ng reports that AYCF in a statement signed and issued by its National President, Yerima Shettima, on Tuesday, faulted the press conference by Ohanaeze that rejected the position of Governor Yahaya Bello that rotational presidency cannot be found anywhere in the Nigerian Constitution.

The Northern group said by no means should any party dare or try to abandon the democratic process of producing elected leaders for the Nigerian democratic space.

“As for those threatening that they would pull out of Nigeria if the next President did not come from the South it’s nonsensical because they don’t need to advertise that they’re leaving when there are provisions of the constitution that gives them simple, legal means of breaking away. These empty threats won’t force the North to abandon democratic means of producing Nigerian leaders,” ACYF noted.

“And we dare any political party in this country to try zoning the 2023 presidency to any ethnic group or region; or try to abandon the democratic process of producing elected leaders for the Nigerian democratic space”, the AYCF warned

She’s in the statement urged the nation’s stakeholders to stick to the “merit” of any presidential candidate as against ethno-regional or religious leanings.

He noted that both the Northern leaders and youths of the region have come a long way and therefore “cannot be intimidated by anyone or stampeded into sheepishly supporting a regional candidate for the nation’s 2023 presidency”.

The youths described as laughable the claim by Ohanaeze that Governor Bello was still a student when Nigerians like the late Dr. Abubakar Rimi, Solomon Lar, and others advised that power rotation should be adopted.

“Is it not a shame that Ohaneaze is canvassing for a mere 23-year-old advice not backed by any law known to part politics while questioning the young governor’s legitimate advice for the full democratic process of majority having their way?” AYCF queried.

On Ohanaeze’s argument that former President Goodluck Jonathan also enjoyed the presidency due to the rotation principle, the AYCF said that was not enough reason because it was not even the turn of Jonathan’s South-south region to produce a president at that time.

Reacting to Ohaneaze’s emphasis that “morality” is ahead of constitutionality, the AYCF said the group has goofed, saying nowhere in a democratic system does moral consideration supersede the constitution.

AYCF also reacted to Ohanaeze’s claim that the recent meeting of the Southern Governors Forum endorsed power rotation to the South in 2023 saying “that does give Ohanaeze the license to ignore simple democratic processes”.

“We, in the AYCF wish to remind Ohanaeze that the North cannot be intimidated ever again, because we’re now more politically conscious of our democratic rights and freedom and fully prepared to legitimately assert ourselves,” ACYF reiterated.