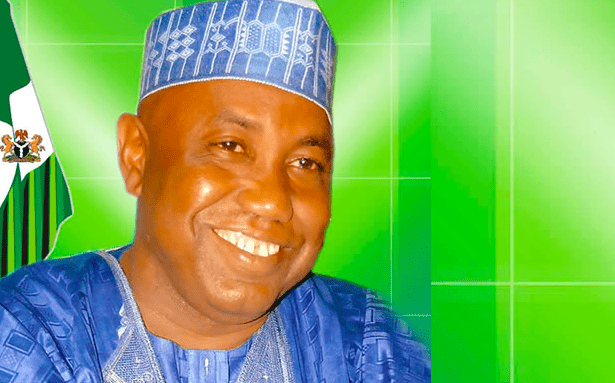 Kabiru Gaya, APC Senator, was part of the process that led to the committee report which adopted the electronic transmission of election results but he took a u-turn when the clause was put to a vote on Thursday in the senate.

Clause 52(3) of the electoral amendment bill, according to the report of the Senate Committee on INEC chaired by Gaya, stipulates that the electoral commission may transmit the results of the election.

“… the Commission may transmit results of elections by electronic means where and when practicable.”

However, this clause generated a furor during the Thursday plenary and was later amended after it was subjected to voting.

The rowdiness in the red chamber began when the Senate Deputy Whip, Sabi Abdullahi, proposed that the clause should be amended to: “The commission may consider electronic transmission provided the national network coverage is adjudged to be adequate and secure by the Nigerian Communications Commission and approved by the National Assembly.”

Thereafter, the Senate President, Ahmad Lawan, moved that they vote on the amendment.

When put to vote, the resounding “nays” were louder than the “ayes” but Mr. Lawan ruled in favour of the amendment.

This was countered by Akwa Ibom senator, Bassey Akpan, who moved that the clause be re-amended to the initial section as contained in the bill

Also dissatisfied by Mr. Lawan’s ruling, Senate Minority Leader, Enyinnaya Abaribe, called for a division, citing Order 73 of the Senate Standing Rule that allows for individual voting on an issue if a senator or senators disagree with the ruling of the Senate President.

All attempts to placate Mr. Abaribe to withdraw his point of Order were to no avail and the lawmakers were called upon one after the order and asked to vote verbally.

After the exercise, 52 senators, most of the All Progressives Congress (APC) including Senator Gaya voted in support of Abdullahi’s proposed amendment.

Invariably, Senator Gaya, the Chairman of Senate Committee on INEC, who presented the report adopting electronic transmission voted against it by saying no to Bassey’s call for the retention of the clause.

The amended bill, awaiting the President’s assent, now empowers the Nigerian Communications Commission (NCC) and the National Assembly “to determine the use (or not) of electronic transmission of results of elections”.

The bill seeks to repeal the 2010 Electoral Act and resolve issues to improve the electoral process, particularly in areas of voters’ accreditation of voters, electronic voting, and electronic transmission of results from polling units.

Restructuring: Obasanjo Warned Us Not To Support Buhari – Oyinlola

All attempts to sign the bill during the eight assemblies were frustrated by President Muhammadu Buhari, who said he failed to do so for fears of possible confusion and anarchy towards the build-up of the 2019 general election.

The Untold Stories Of Onitsha Sector Of The Civil War