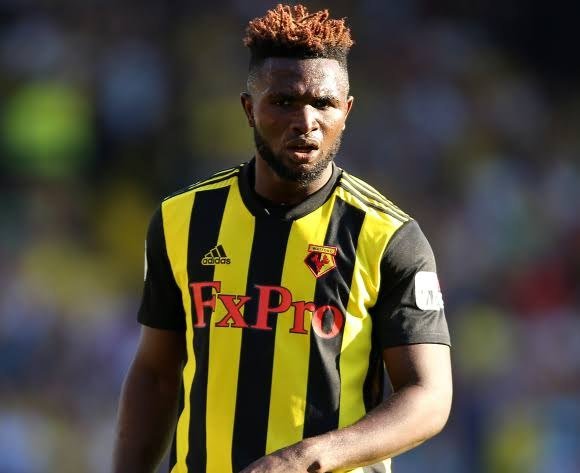 Nigeria forward Isaac Success could be on his way to Serie A as a deal to join Udinese from newly promoted Watford is reported to being finalized.

With the Pozzo family being in control of both Watford and Udinese, transfers between the two clubs is expected to happen every summer.

And according to Mondo Udinese Success could now be on the move to Italy following an unimpressive year with the Hornets.

It is claimed that Watford value the player at €2m, but it’s actually more likely that he joins the Serie A side on a loan deal.

Tutto Udinese is another one reporting the possibility of a deal, pointing out that Success has not impressed since his transfer to England.

The striker joined Watford on a €15m deal from Granada back in 2016.

In the last season with Watford, he struggled with an ankle injury and ended up being able to make only ten appearances in the Championship, having scored one goal.