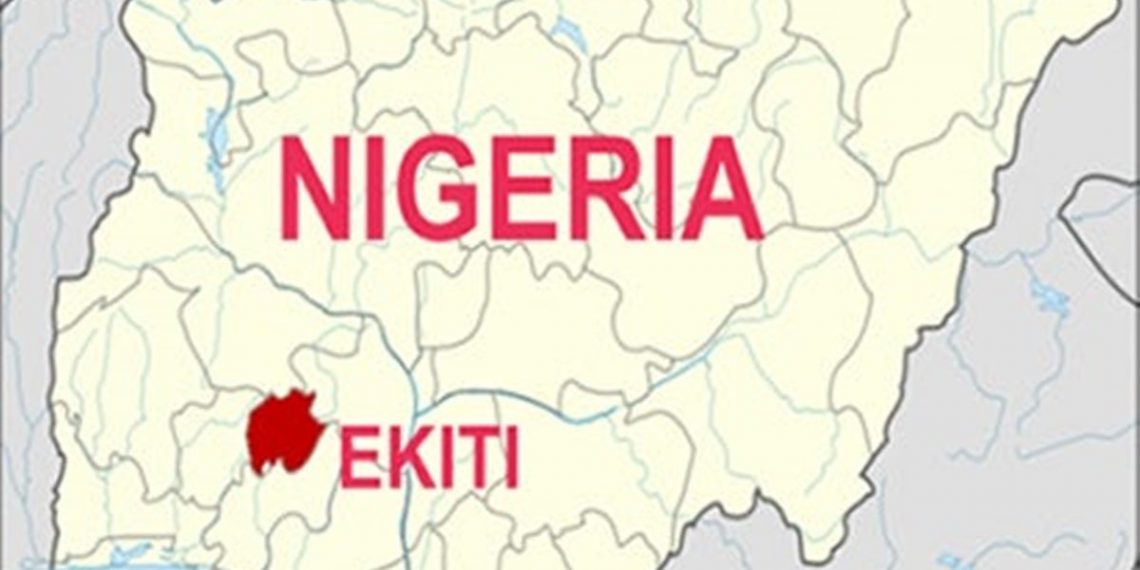 Many Peoples’ Democratic Party (PDP) aspirants in Ekiti State are clamouring for power shift to the opposition party. But, it is within the All Progressives Congress (APC) that there is a bigger contest for the governorship ticket because of the perception that it stands a better chance of winning, if its members decide to stick together.

Ekiti is one of the states in the Southwest that has been oscillating between the Peoples’ Democratic Party (PDP) and the All Progressives Congress (APC) since the return to civil rule in 1999. From 1999 to 2003, it was under the control of the Alliance for Democracy (AD), a Southwest progressive movement whose members today populate the APC.

The PDP took over the state and remained in charge until 2010 when the incumbent Governor John Kayode Fayemi (JKF) regained his mandate through the courts. After Fayemi’s first term, the PDP’s Ayodele Fayose who was impeached under questionable circumstances in 2006 contested and secured a second term in 2014. With Fayemi’s victory in 2018, the APC reclaimed the state.

Now that the Independent National Electoral Commission (INEC) has released the timetable for next year’s election in the state, consultations have commenced within the two parties for the contest. The PDP, for instance, fancies itself bouncing back in the state and it is determined to succeed. Fayose and Biodun Olujimi who had been at loggerheads over the control of the party structures are towing the path of reconciliation in the greater interest of the party.

Read Also: What Gov Fayemi Said About His Suspension By Ekiti APC

But, as the party at the helm of affairs, it is within the APC that there is a bigger contest for the governorship ticket because of the perception that it stands a better chance of winning, if its members decide to stick together. There have been a lot of speculations about the three musketeers who are members of the kitchen cabinet of the governor that are most likely to succeed him. These are the Secretary to the State Government, Biodun Oyebanji; Chief of Staff to the Governor, Biodun Omoleye and Commissioner for Justice and Attorney General, Olawale Fapohunda.

But, are they the only trusted and loyal aides of the governor that can succeed him? These speculations were fuelled by an interview Governor Fayemi granted early this year where he alluded to the fact that he would be succeeded by someone who has been part of his success story in Ekiti; someone who will continue with what they have started together.

This has strongly made people to believe that since these three personalities see the governor when he wakes up and before going to bed, one of them is likely to be his successor. Meanwhile, the three of them, in a joint press release some time ago, have denied nursing any governorship ambition with a plea that they should not be distracted in their present assignments.

There is an uneasy calm in the camp of the APC because until two weeks ago when a member of the House of Representatives, Femi Bamisile, came home to publicly declare his intention to run for the governorship, no one had signified his intention to contest even when it is now less down eight months to the primary, going by the just-released guideline of the Independent National Electoral Commission (INEC).

Before Bamisile announced his ambition, an old horse in the governorship race, Otunba Reuben Famuyibo was the first to paste posters around the town to indicate interest. But, a lot of APC members did not take him seriously because, according to observers, the Ado Ekiti-born lawyer was not known at the party before his posters flooded the streets.

However, many people have lost sight of the fact that there are a number of silent key members of Governor Fayemi’s cabinet during his first term between 2010 and 2014 that are lurking in the background today but are still counted among trusted aides. These silent aides are occupying various positions in the government today.

Among these loyalists of the governor are Yemi Adaramodu who was the governor’s Chief of Staff in the first term and now a member of House of Representatives; and Makinde Araoye who served as Senior Special Assistant to Dr Fayemi while serving as the Minister of Mines and Solid Mineral. There is also Funminiyi Afuye, the Speaker of the Ekiti State House of Assembly who served as Leader of Business in the Third Assembly and Commissioner for Information during the governor’s first term.

There is, however, an argument that there was no time the governorship seat was zoned to any senatorial district as there have always been contestants from Ekiti South each time a governor was to be elected. Speaking on this, APC spokesperson in the Southwest, Oladapo Karonwi said there was never anytime the governorship was exclusively zoned to any senatorial district.

As things presently stand, Oyebanji, Omoleye, Fapohunda and Otunba Famuyibo are all from Ekiti Central, while Bamisile, Adaramodu, Araoye and Afuye are all from Ekiti South. There are other stalwarts of the party who are said to be nursing the ambition of vying for the governorship but they have not openly signified their intention though they belong to the political family of Asiwaju Bola Tinubu.

They belong to the South West Agenda for Asiwaju (SWAGA), a group within APC mobilizing for the presidential ambition of Tinubu who has not publicly declared intention to go for the highest position in the land. Some of them are Prince Dayo Adeyeye, Senator Femi Ojudu and Dr Wole Oluyede.

All things being equal, the various camps in the APC are waiting for the convention of the party during which they will up their games to control the machinery of the party. But, from the investigation, the governor is in firm grip of the party and whosoever he throws his weight behind is likely to be flag bearer of the party in the election. Initially, it was rumoured that the first executive governor of the state who is now the Minister for Trade and Investment, Otunba Niyi Adebayo was interested in coming to serve a second term like Fayose and Fayemi but the Iyin Ekiti-born politician has openly dissociated himself from the move and ordered those who constructed billboards on his behalf to dismantle them as he has no plan to return to Oke Ayoba.

In view of the fact that the political landscape as presently constituted is more favourable to Ekiti Central and Ekiti North senatorial districts, there is a feeling that the APC is likely to tend towards the Ekiti South in the forthcoming governorship election. One of the party chieftains who spoke to our correspondent in confidence said: “Apart from the fact that Ekiti South has not been lucky to produce the governor, it is not favoured in terms of federal appointments. For instance, the minister representing the state at the Federal Executive Council (FEC) is from Ekiti Central, while the governor is from Ekiti North. Thus, the most appropriate thing to do in the interest of fairness is to tactically support Ekiti South to produce the next governor in 2022.”

Another strong argument is whether Ekiti South will be able to deliver if the APC zones its governorship ticket to the area. This is considering the fact that the two strongest contenders within the PDP are Bisi Kolawole from Efon Alaaye in Ekiti Central and Oni from Ifaki in Ekiti North. There is another very strong contender in the PDP who is from Ikere in Ekiti South, but there seems to be a very serious disagreement between him and his godfather, Fayose.

Going by voting strength, the two most populous towns in Ekiti are Ado Ekiti and Ikere Ekiti. Therefore, political pundits are of the opinion that since there is no likelihood of the PDP fielding a candidate from Ado Ekiti, the best bet would be for the party to pick its candidate from Ikere Ekiti in Ekiti South senatorial district. All things being equal, one person within the JKF political family that can be trusted with the APC ticket is the incumbent Speaker of the House of Assembly who is adjudged to be “most experienced, most mature and well-educated”.

Meanwhile, there is a group in the JKF fold that considers itself closer to the governor believes that it is only from the JKF camp that the party can pick its candidate. The group, which is referred to as Tokan-Tokan, is of the view that anyone caucus outside the JKF fold may not be trusted. But, this may not be entirely correct; otherwise, Afuye would not have become the number three man in the state.

This is because prior to the primary that produced the governor, he belonged to a group that was aligned against the governor called Action Group. The group is led by Babafemi Ojudu. There are many groups like that who at one time or the other disagreed with the governor but he did not measure their loyalty by their difference in opinion; otherwise, the likes of Senator Opeyemi Bamidele and Femi Bamisile would not have been members of the National Assembly today.

There are others from Ekiti South within the APC like Adaramodu, who is equally another experienced politician. The vibrant loyalist of the governor from Ilawe Ekiti is at home with the most progressive politicians in all nooks and crannies of Ekiti State. The veteran journalist is another contender that can match Afuye in Ekiti South.

Araoye, like Adaramodu, is also from Ilawe in Ekiti South. He is also widely regarded as an enterprising young man. But, there is an indication that he may be more suitable for the National Assembly because he may not have the prerequisite experience for the governorship seat.

In the case of Bamisile, he is also a vibrant and outspoken grassroots politician, but he is not in the category of the close allies of the governor, as he is said to even be closer to Segun Oni under whose regime he served as the Speaker of the House of Assembly when he was impeached. Some people see him as a very desperate politician going by his antecedent of jumping from one political party to another mainly to contest for political offices.

EID-EL-KABIR: Saraki, Abdulrazaq Ignore Each Other At Eid Ground