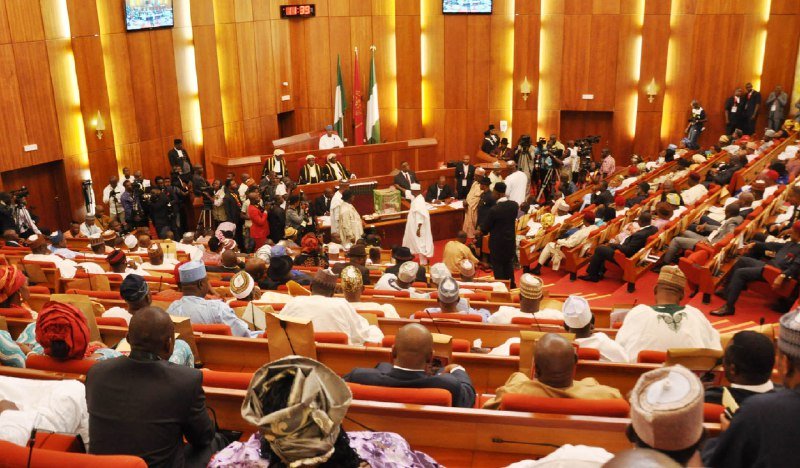 Hinging its argument on a weak claim, the Senate has rejected a provision for the electronic transmission of election results in 2023, a key aspect of the amendment of the Electoral Act that would have helped infuse the sorely-needed integrity in Nigeria’s elections. The decision is a setback since the Independent National Electoral Commission has stated that it is capable of transmitting results electronically and has made a provision for areas that lack Internet access.

Arguing fallaciously, the All Progressives Congress senators – who are in the majority –voted that the Nigerian Communications Commission and the National Assembly would need to give approval to INEC for electronic transmission of results at any given election. This is dangerously faulty as it undermines the independence of the electoral body, which is guaranteed by the 1999 Constitution.

The bill was first passed in 2018 by the Eighth National Assembly, but the President, Major-General Muhammadu Buhari (retd.), refused to sign it on four different occasions, saying that it was too close to the elections, among other pretexts. His refusal to sign the bill that would have guaranteed the electronic transmission of results, would later give impetus to the presidential candidate of the Peoples Democratic Party, AtikuAbubakar, to challenge Buhari’s victory in court, claiming that INEC’s server containing the original result showed that he won the election and that the results collated at the polling units had been tampered with. The Supreme Court dismissed Atiku’s claim.

The Ninth Assembly, therefore, had the opportunity to strengthen the electoral process and boost voter confidence but has bungled it. From the inception of the amendment process, it had become obvious that the exercise was only a ruse to deceive Nigerians. It started with an attempt by the NASS Joint Committee on the Independent National Electoral Commission Matters, to allow underage girls forced into early marriage, to vote. The Chairman, Senate Committee on INEC, Kabiru Gaya, shamelessly stated, “The joint committee has proposed that if a lady who is not up to 18 years is married, she should be considered to be mature enough and be eligible to vote.” After a series of protests from several rights groups, NASS eventually buckled.

The legislative arm continued to delay the amendment and then strategically fixed the passing of the bill on the eve of its annual recess. At first, there was hope that the bill would sail through mainly because Clause 52(2) of the Electoral Act Amendment Bill, which empowers INEC to transmit election results electronically during the 2023 general election, was made to read, “The commission may transmit results of elections by electronic means where and when practicable.”

Curiously, at the final stage, senators made a U-turn, rejecting the amendment, which would have nourished Nigeria’s fragile democracy by making elections more credible. The Deputy Majority Whip, SabiAbdullahi, prayed the Senate to amend the section to read, “The commission may consider the electronic transmission of election results provided the network coverage in the area concerned is adjudged to be conducive for the transmission of results by the National Communication Commission.”

The Majority Whip, Orji Kalu, stated, “I am voting ‘no’ because there is no telecommunications network in my village and I will not want my people to be disenfranchised.” These and other arguments are false. The NCC in the Draft Consultation Document for the Deployment of 5G Mobile Technology in Nigeria, in December 2020 disclosed that as of December 2019, coverage data showed that most rural areas have access by 89.8 percent to 2G networks coverage, while 3G has coverage of over 74 percent. It was, therefore, appropriate for INEC to opt for electronic transmission of results where practicable. The critical phrase here is “where practicable”.

The good thing about technology is that it reduces human interference and promotes transparency. Unfortunately, those in power have been on the wrong side of history as regards positive electoral reforms. In 2015, the then ruling PDP similarly kicked against the use of the smart card reader which helps to authenticate the identity of voters. Thankfully, the then INEC Chairman, AttahiruJega, stood his ground to ensure the device was used for voter accreditation. Due to INEC’s ingenuity then, elections for the first time saw the defeat of an incumbent President. Ironically, those who once benefitted from such use of technology now vehemently oppose it for selfish reasons.

The intervention in the electoral process, by government agencies, especially during elections, is an invitation to chaos. Experience shows that the manipulation of election results usually takes place at the collation centres, long after election results have been announced at polling units. In a bid to checkmate this, INEC in 2020 introduced a dedicated online portal known as ‘INEC Result Viewing’ that enabled Nigerians to view results from polling units in real-time during the Edo State governorship election, as well as the Nasarawa Central state constituency bye-election in 2020, a widely acclaimed move.

By blocking INEC from transmitting election results electronically, the Senate reinforces the pervasive trend of election rigging. Asking INEC to continually defer to the NCC and NASS on the method of transmission of results undermines the independence of the commission as guaranteed by the constitution and puts the commission at the mercy of politicians.

The Ninth Senate led by Ahmed Lawan has clearly shown that it is perpetually ready to sacrifice the interest of the country on the altar of partisan politics. The nadir of Lawan’s tenure is this latest act of disempowering INEC that reverses the modest achievements Nigeria’s democracy has recorded.

But all hope is not lost. The House of Representatives has done well by giving INEC the exclusive power to determine when, where and how voting and transmission of results will be done. Civil rights groups must intensify their advocacy by ensuring that the independence of INEC is not tampered with.

Nigeria’s voter turnout in the 2019 general election was less than 35 percent due to many factors, including voter apathy and a lack of confidence in the electoral process. Election remains the only way through which the people can choose their leaders. However, when the process is tainted, democracy loses its essence. INEC Chairman, Mahmood Yakubu, should be mindful of an electoral law that will compromise his integrity. Yakubu’s INEC may be treading on the ashes of free and fair elections if the Senate’s vexatious amendment scales through.

Buhari must ensure that the electoral system is better than how he met it. That is the best way to sustain democracy.