CHAI!: UNIBEN Graduate Ordered To Rewrite All Exams From 200L Over Exams Malpractice 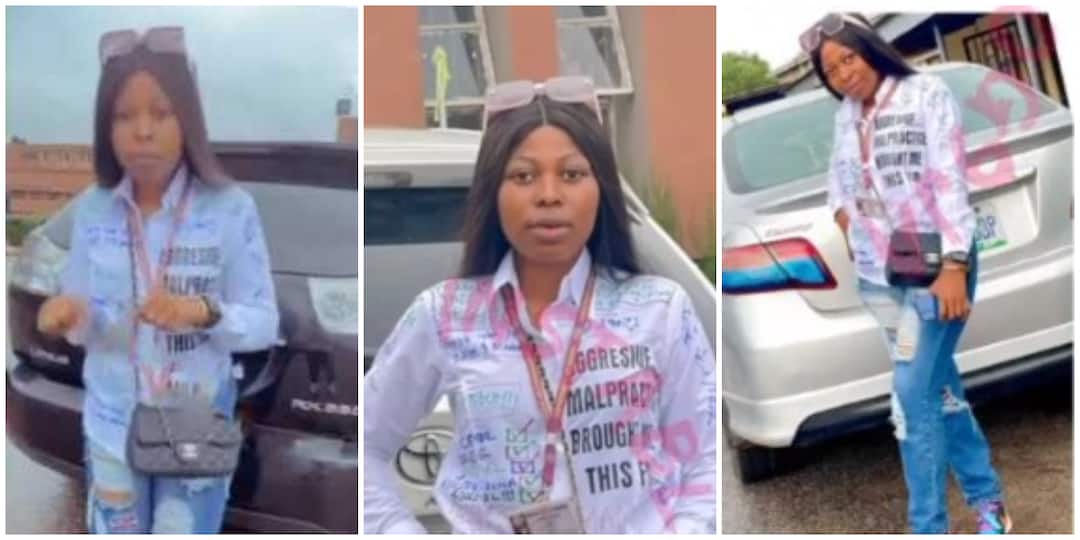 University of Benin (UNIBEN) Female Graduate probed by the school authorities for Examination malpractice ordered to rewrite all exams from 200 Level.

UNIBEN began investigating all the results of female student who wore ” Aggressive Malpractice” shirt during her sign out parade.

Earlier last week, the management of the University of Benin (UNIBEN) ordered that all the results of the student be investigated after she wore a sign out shirt with the inscription “aggressive malpractice brought me this far” during her signing out parade.

After Disclosing She Passed Through Aggressive Malpractice, UNIBEN Student Summoned

This came after a video of the said student identified as Peace Ufuoma, from the department of Microbiology, went viral a few days ago.

The institution made a statement two weeks ago on the Thursday, that the decision to probe the student in question’s results was taken at a meeting that held on the 13th of July.

According to reports the female student in question has been ordered to rewrite all her papers from her Level two till the end of Level four. This sounds very heartbreaking but the school management is of the opinion that Peace Ufuoma be used as a scape goat to tell every student of the University of Benin that examination malpractices are not allowed within her walls.

Buhari: Nigerians Should Be Given Certificate Of Survival – Dino Melaye