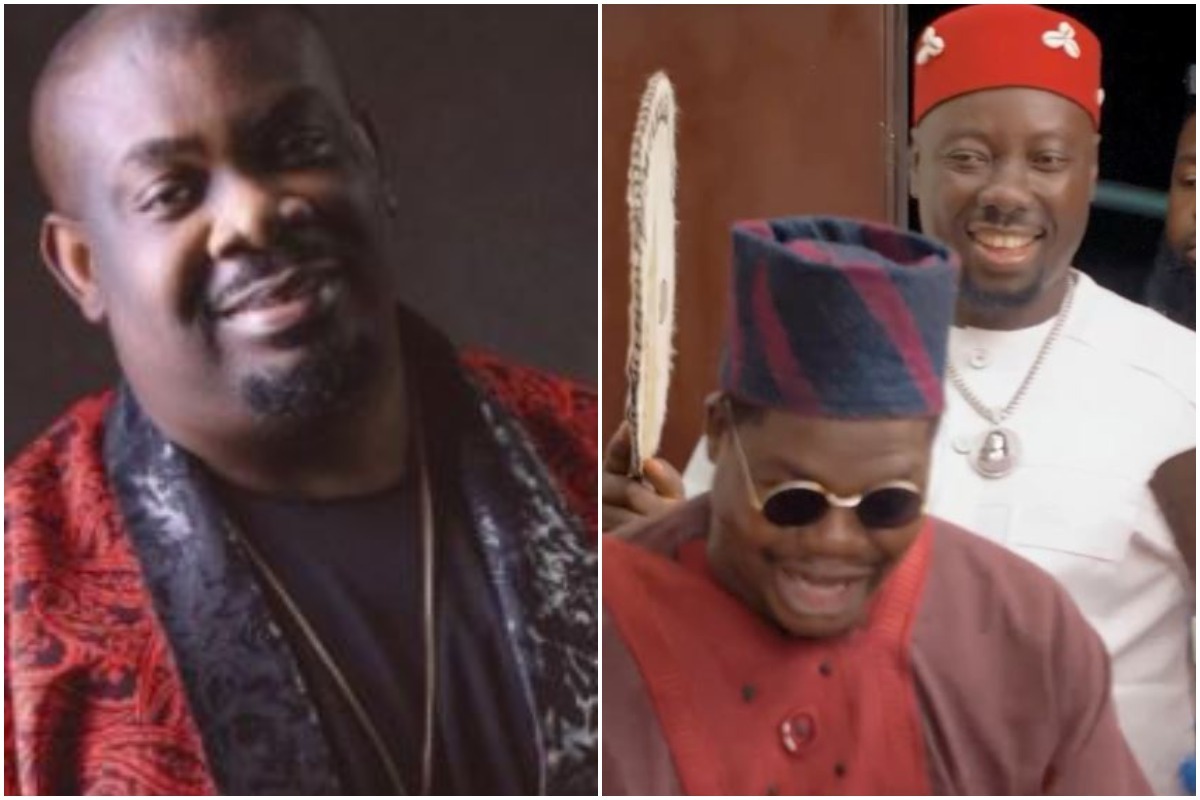 Man of the moment and Anambra billionaire, Obi Iyiegbu popularly known as Obi Cubana has featured in a hilarious skit with music mogul, Don Jazzy and Debo Adebayo, known by his stage name Mr Macaroni.

In the new video, Obi Cubana, Don Jazzy, Poco lee with Mr Macaroni all starred in the skit which was shared on social media.

This is coming days after the billionaire, Obi Cubana and his friends lavishly displayed their wealth at his mother’s burial which stirred reactions on social media.

Anaedoonline.ng reports that Obi Cubana, who lost his mother in December 2020, laid her to rest on July 16th 2021 in grand style in Oba, Anambra state.

Preparations for the funeral caught the attention of many on social media after the club owner received 246 cows from his friends.

Watch the hilarious skit below;