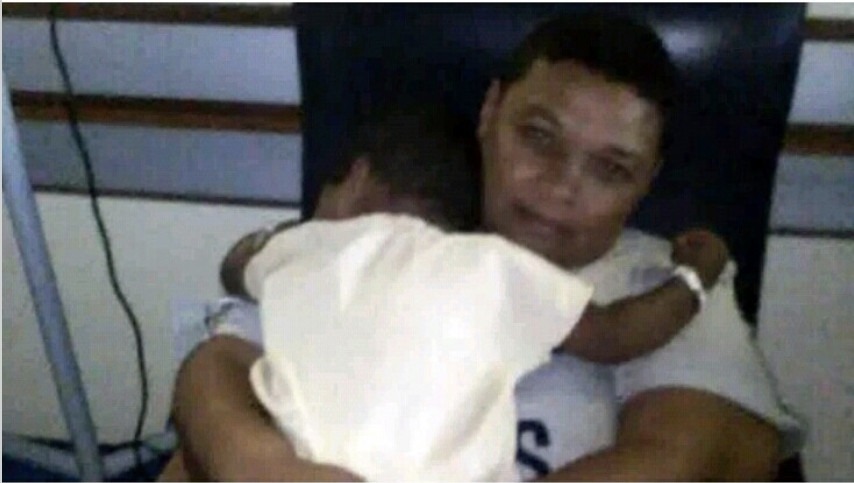 The Magistrate sentenced Paste to five years in prison, adding she could be released in just 10 months for good behaviour.

According to local reports, there was serious shock and disbelief in court when a South African mother who was found guilty of allowing gangsters to rape and torture her two-year-old daughter, nicknamed Baby Nadia, was sentenced to only five years in prison.

The 27-year-old mother, who cannot be named to protect her child’s identity, alongside her friend, Ursula Paste, 32, were sentenced at the Parow Regional Court, Cape Town on Tuesday, July 20.

The Magistrate sentenced Paste to five years in prison, adding she could be released in just 10 months for good behaviour.

After being on trial for over two years, both were found guilty after the child was rescued from a drug den in 2019. They were charged with rape, attempted murder, child abuse and assault but were only found guilty of child abuse while the mother faced an additional charge of child neglect. This was due to no evidence linking them directly to the injuries on the child.

The discovery by Debbie van Rensburg, 56, and her son Cisco, 27, sparked an uproar when it was revealed that the little girl had been raped, her genitals burnt, her tiny body bitten and her hair cut.

None of the men who abused the child had been arrested as the two women have refused to name them.

Meanwhile, on Monday, Nadia’s mother stunned the court when she begged to pay a fine instead of doing jail time.

She cried in the dock as she told the magistrate that she didn’t want to go to prison but was prepared to pay a fine of up to R10 000 for her crime. She told the court that while in prison, she stopped using tik and was done with drugs.

“There are drugs there (in prison) but I told myself that it is not for me. My family will pay R5 000 or R10 000 if I am given a fine. I feel hurt that someone wants to adopt my daughter while I am here.” she said.

This Is coming after Debbie asked social workers if she could adopt and raise Baby Nadia, who is currently being kept in a children’s home.

On her part, Ursula Paste asked the court to “maak klaar” (finish) with the case, and said she could pay a R5000 fine.

The mother of five sobbed in the dock, saying her children were suffering. I want to pay a fine of R5 000 if I cannot serve a sentence outside of prison,” said Paste.

“I want the court to maak klaar with me because I am tired of this case and being strong for my family that worries about me. I have been in prison for two years and five months and I am tired. My eldest son has started drinking and smoking dagga while I am here. I agreed that I was neglectful but I didn’t see the child getting abused, and only gave that child a place to sleep.” she added.

The defence lawyer said both accused had shown remorse for their actions and asked the court to consider fining them R5 000 or sentencing them to a maximum of five years in jail.

However, the state prosecutor called for a minimum of 10 years behind bars, saying the toddler had suffered.

Reacting to the sentence, an emotional Debbie burst into tears and stormed out of the courtroom saying the justice system had failed Baby Nadia.

“I just started crying and walked out. How can the Magistrate fail a child like this?” she asked.

“I am still traumatised by what I saw and that child will never be the same again. How can he say Ursula must get parole after 10 months? That is mos nothing. Ek is baie hartseer, I can’t believe it.”

Debbie said after two years of attending court, she had hoped for a harsher sentence.

BBnaija Reunion : I Don’t Care What People Say About My Behaviour – Tolanibaj

“I have been going to court for more than two years on my own with nobody supporting me and so many times I had to borrow money just for taxi fare to get there but I went because I was fighting for justice for this little child. Now the Magistrate says they got five years because they are mothers and first-time offenders but who lets that happen to a child? They are monsters, not mothers,” she said.