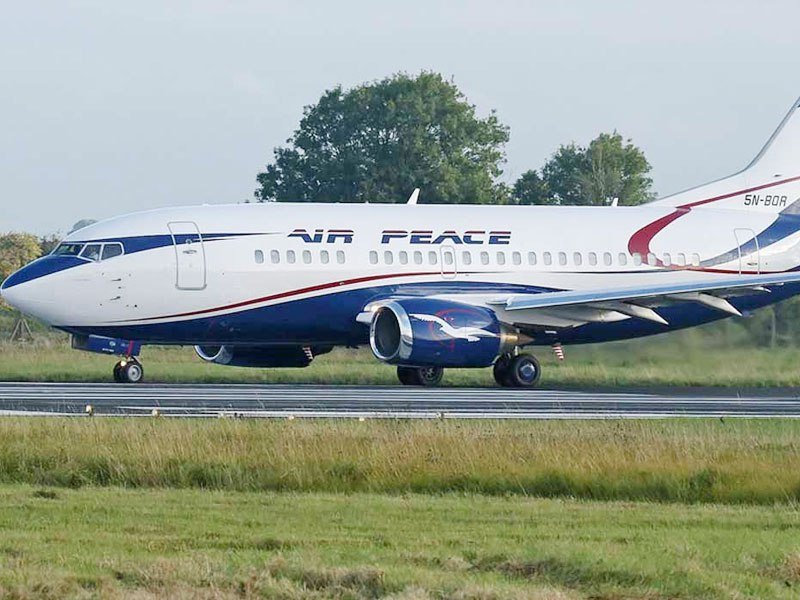 The Airline Operators of Nigeria (AON) has commended the federal government for removing seven percent surcharge on imported aircraft and spares and the Nigeria Customs Service (NCS) for the support it has given to the operators.

Chairman of Air Peace who is also the Vice-Chairman of AON, Allen Onyema who spoke on behalf of the body, condemned what he said was the distortion of the proceedings during the interactive forum at the Senate on July 6, 2021, when he made presentation on behalf of the airlines on the challenges the operators are facing, by some sections of the media.

Onyema said that the Senate Committee on Aviation held an interactive meeting with all the aviation agencies in Nigeria led by the Minister of Aviation, Hadi Sirika, and domestic airlines represented by the AON leadership in which he represented the association as Vice President and made presentation on behalf of the body. He said since July 7, 2021, airlines have been clearing their aircraft spares and aircraft without having to pay any seven per cent surcharge.

“The meeting was called by the Senate to discuss the reasons for the recent upsurge in flight delays and flight cancellations amongst other issues and challenges facing the aviation industry. It was on this occasion that AON made its presentation of challenges facing all the airlines. Our member airlines were present but we made an articulated collective presentation to the Senate, which I read as the Vice President on behalf of the association.

“It was on this occasion that AON presented the issue of the partial implementation of the Finance Act 2020 which prohibits the payment of duties and VAT on imported aircraft and aircraft spares by the Customs Service. Of note, was the presence of a seven per cent surcharge on the assessed duties which was not supposed to be. This caused delays in the clearance of aircraft and aircraft spares leading to grounding of aircraft that would have been flying,” he said.

Onyema stated that after the Senate meeting, the airlines contacted the Minister of Finance and Minister of Aviation on the aforementioned challenges and both Ministers swung into action. He said that contrary to the insinuations that only Air Peace was singled out by Customs to pay those contested surcharges; it was all the airlines that were affected.

“AON, for the avoidance of doubt, commends the Federal Government for its unflinching support for the growth of indigenous investments in Nigeria. This was very evident in the manner the government got this challenge addressed immediately within 48hours to the joy of the airlines. We equally commend the Nigerian Customs Service for also assisting the airlines, including but not limited to Air Peace which was used as an example, in getting their aircraft spares and aircraft released. Our planes have since started flying.

“The target of the sponsors of this falsehood is the Federal government of President Muhammadu Buhari. I personally frown at the ethnic angle presently circulating in the social media that the ‘fulani’ is destroying Air Peace. Those who want the country to go up in turmoil will never stop fanning divisive falsehood. The video was deliberately doctored to show only my face while obscuring the presence of the entire Senate committee members, Minister of Aviation, and the leadership of all Aviation agencies in Nigeria. The target here is also me. No amount of deliberate intimidation, blackmail, and falsehood will deter me from standing up for Peace and unity in my country.

“It is very untrue that Air Peace is being dealt with by the ‘Fulani’ rather the Federal Government led by President Buhari is very protective of every indigenous investment including those of the airlines. Nobody is ‘dealing’ with Air Peace rather this government is very protective of Air Peace. This is evident in the government refusing to allow one Middle East airline from coming into Nigeria because its Covid-19 protocol was discriminatory and unfavourable to a Nigerian airline. Which airline is that? Air Peace, of course.

How Can Buhari Travel To London For A Virtual Meeting – PDP