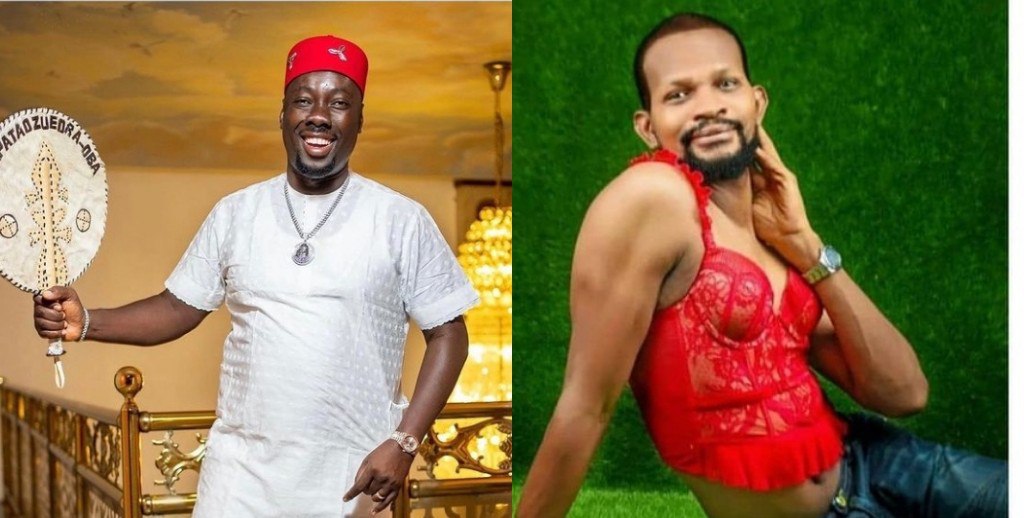 Controversial Nollywood actor, Uche Maduagwu who have been off and on about his sexuality, has taken to social media to mock billionaire businessman, Obi Cubana over the lavish burial ceremony which recently held at Oba, Anambra State over the weekend.

The Anambra-state born actor via his Instagram, on Wednesday, mockingly queried Obi Cubana, saying despite his claims of being wealthy, why is the road where he did his mother’s burial still untarred..

The actor who has been assaulted countlessly over his sexuality further told Obi Cubana that he risks jail term for such display of affluent at the funeral citing CBN Naira Act.

He also noted in his post that primary schools buildings in Obi Cubana’s hometown are dilapidated and unroofed, revealing there isn’t clean borehole water in his town.

”Dear Obi, abeg did u spend half of what was SPRAYED at Oba on any of your mums #birthdays wen she dey alive? Hmmm… jesus wept. Anyways, I am just a celeb, wetin i know? According to section 21 of the CBN act, 2007, a person who sprays the #Naira risk imprisonment for a term not less than six months but why are the billionaires who sprayed money at #Obatown still walking #like kings on the street? so many primary #schools in oba no get roof, not even boreholes for clean water maybe his billions na only for #party not oba development.”

Why I Live In A 3-Bedroom Apartment In Aba – Governor Ikpeazu...