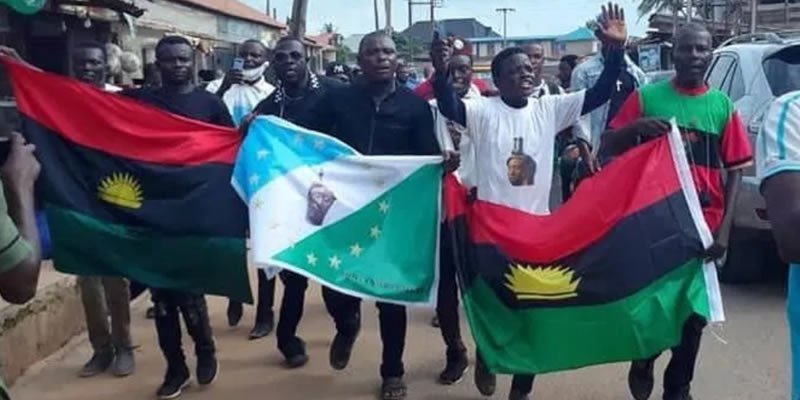 President Muhammadu Buhari’s senior media adviser, Femi Adesina, has said that agitators of disintegration of the country deserve “to be sent to God” to answer for their “crimes”.

Adesina echoed the words of the Chief of Army Staff, Farouk Yahaya, who had recently warned bandits and other criminals that his men would continue to send them to their creators to “answer for their crimes”.

According to the presidential aide, “a bad guy is a bad guy” irrespective of whether he is an insurgent, a bandit, kidnapper, secessionist, insurrectionist or cultist.

“Buhari Is A Tribal Bigot, Doesn’t Deserve To be President” – US Army Veteran (Video)

Adesina said this in an opinion piece titled “May God Bless Our Troops”, which he wrote to praise the gallantry of Flight Lieutenant Abayomi Dairo, the Nigerian Air Force officer who escaped death after bandits reportedly shot down a military jet he flied last week.

“Who are the bad guys? They come under different appellations. Insurgents. Bandits. Kidnappers. Secessionists. Insurrectionists. Cultists. Murderers. Whatever. A bad guy is a bad guy, and deserves to be sent to God to answer for his crimes (apologies Lt. General Faruk Yahaya, Chief of Army Staff). And for those who summarily despatch the bad guys to the judgment bar, may God protect them. Daily. Amen,” he said.

Buhari: Nigerians Should Be Given Certificate Of Survival – Dino Melaye

Anaedoonline.ng earlier reported that shortly after President Buhari decorated him with a new rank of Lieutenant General, COAS Yahaya had said that the country’s troops had been sending bandits and criminals to “God to answer for their crimes [and] will continue to do that.”