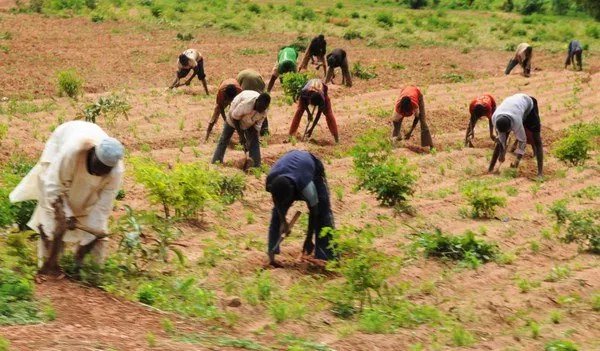 The Federal Government says it has so far distributed 300,000 hybrid cocoa seedlings to farmers in the four geopolitical zones where cocoa is produced through the Federal Ministry for Agriculture and Rural Development.

It also said some other agricultural inputs were also distributed to farmers, adding specifically that the seedlings were distributed to the farmers in the South-West, South-South, North Central and South-East geopolitical zones of the country.

The Minister for Agriculture and Rural Development, Alhaji Mohammed Nanono, stated this at the inauguration of the National Secretariat of the Cocoa Farmers Association of Nigeria, in Akure, the Ondo State capital, on Monday.

According to the minister, the gesture of the Federal Government was part of the efforts to develop the agricultural sector, increase production and encourage cocoa farmers.

“The FMARD also recently procured Growth Enhancers, Fungicides (Ultimax Plus) and insecticides (Avesthrin) which were distributed to cocoa farmers at subsidised rates to enhance production alongside the support of Solar Cocoa collapsible driers to cocoa commodity associations.”

The minister urged the farmers’ association to continue contributing meaningfully to increase production and productivity despite daunting challenges.

The state governor, Mr Rotimi Akeredolu, who was represented by his deputy, Mr Lucky Aiyedatiwa, said the state had been promoting local consumption of cocoa produced in the state.

He appealed to the Federal Government to incorporate chocolate consumption in its school feeding programme.

Speaking at the programme, the National Chairman of the CFAN, Mr Adeola Adegoke, sought more assistance from the government in the area of cocoa inputs subsidisation for his members.