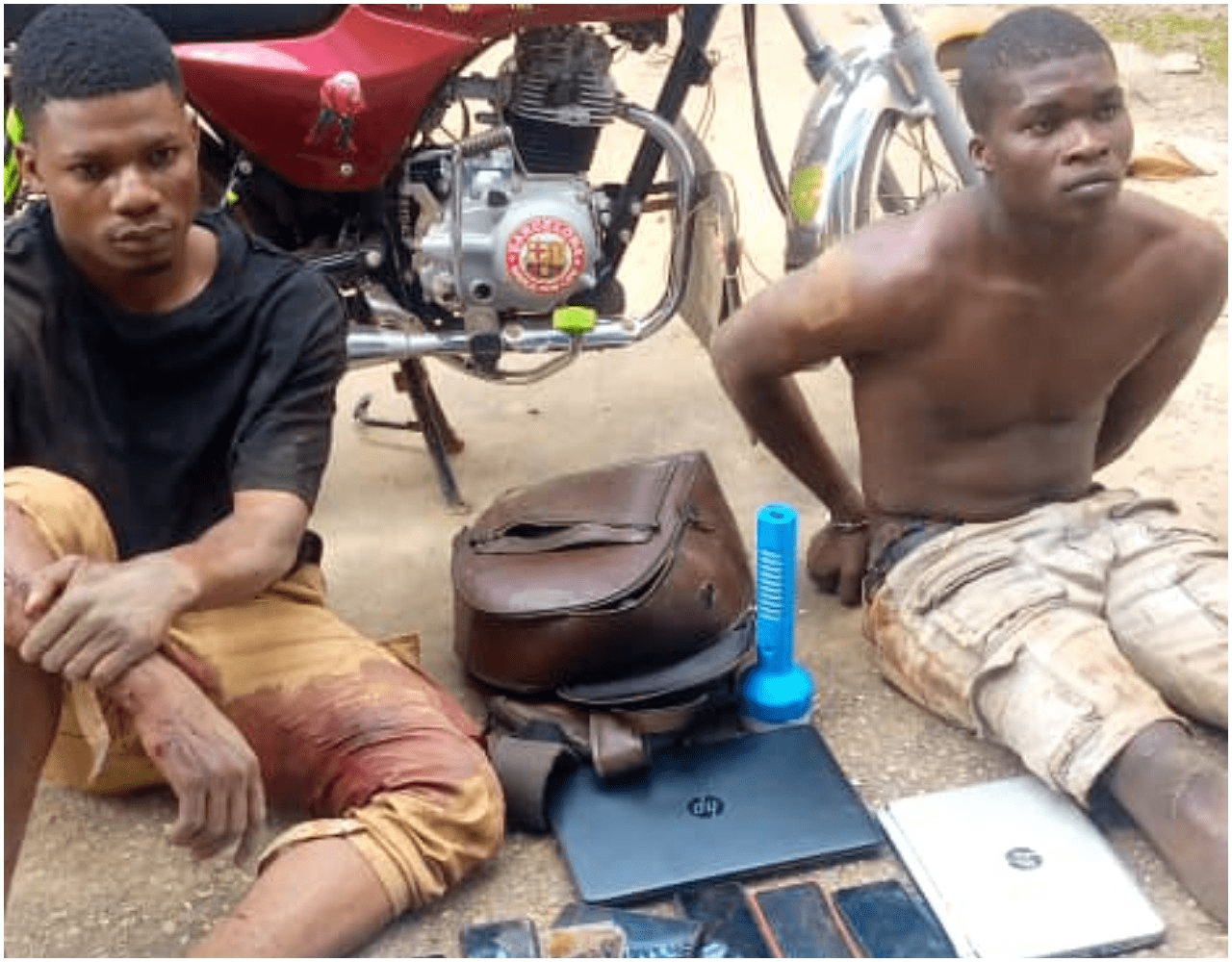 Men of the Nigeria Police Force on Sunday arrested two suspects, who were members of a gun-wielding armed robbery gang.

They were arrested while carrying out a robbery operation at OPIC Estate in Agbara, Ado-Odo/Ota Local Government Area of Ogun State.

The suspects, who were identified by the police as Olanrewaju Sikiru (28 years) and Olayemi Obisesan (25 years), were nabbed after a distress call was received by the DPO of Agbara divisional headquarters, SP Saleh Dahiru.

Anaedoonline.ng learnt that at about 1:30 am, Dahiru was informed that “armed robbers had invaded Area 8, OPIC Estate, Agbara, terrorizing residents.”

Upon the distress call, the DPO was said to have quickly mobilized his men and moved to the scene.

When the suspects sighted the policemen, Ogun State police spokesman, Abimbola Oyeyemi, said “the robbers opened fire on them and the team retaliated.”

Oyeyemi explained that, “At the end of the encounter, two amongst the robbers were arrested with gunshot injuries,” adding that others had also escaped with varying degrees of gunshot wounds.

“On interrogation, the arrested suspects informed the police that they came all the way from Lalupon Area of Ibadan in Oyo State to join others in Agbara for the robbery operation,” the police image maker told DAILY POST on Monday.

Oyeyemi hinted that the State Commissioner of Police, Edward Ajogun, has ordered a manhunt for the fleeing members of the gang.

Ajogun also urged hospitals to notify the police if anybody with gunshot injuries is sighted.

IPOB Slams Gbajabiamila For Comparing Them To Boko Haram Terrorists

SHOCKING: See Why A Nigerian Father Cut Off Breast Of His 8-Year-Old Daughter