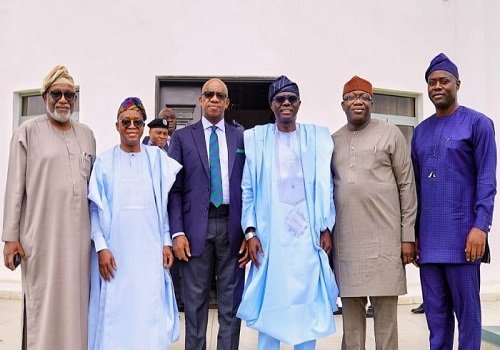 The coordinating counsel for the Yoruba Nation agitator, Olasupo Ojo, has lambasted some southwest governors over their continued silence on the ordeal of Sunday Adeyemo, also known as Sunday Igboho.

Ojo, who is also part of Sunday Igboho’s legal team, warned the governors against opposing agitations for a Yoruba nation.

Speaking during a PUNCH Online programme, Roundtable, the lawyer said governors who failed to support self-determination would regret their action.

According to him, they were scared to make their positions known on Igboho’s arrest and detention.

Olasupo, however, commended Governor Babajide Sanwo-Olu of Lagos State for speaking on the arrest of the agitator.

He said, “I should commend Lagos State Governor, Babajide Sanwo-Olu, for saying something. Many of the governors don’t know the value of the position they are holding.

“When people are clamouring and you pretend as if you don’t know, then something is wrong. A governor, who deafens his ears to the clamour of his people, will have himself to blame.

“They have not come out openly; they have their fears. They are under bondage. I pity the governors. They are in chains.“

Speaking further, the lawyer of the embattled Yoruba nation activist disclosed that his client is entitled to some level of protection from Germany.

LATEST: Reason Sunday Igboho Have Not Applied For Bail Revealed

Ojo explained that Igboho is recognized by law to be the husband of a German citizen, Ropo, adding he has “some levels of protection” from Germany.

“Germany is not objecting his coming to Germany. He was arrested on his way to Germany. Germany will rise up anything to protect the lives of its citizens. The fact that he is a husband to a citizen and has a resident permit entitles him to some protection under the law.

“They won’t want his rights to be tampered with. Germany has not denied that he is a resident. There is no problem with Germany at all on this,” he said.