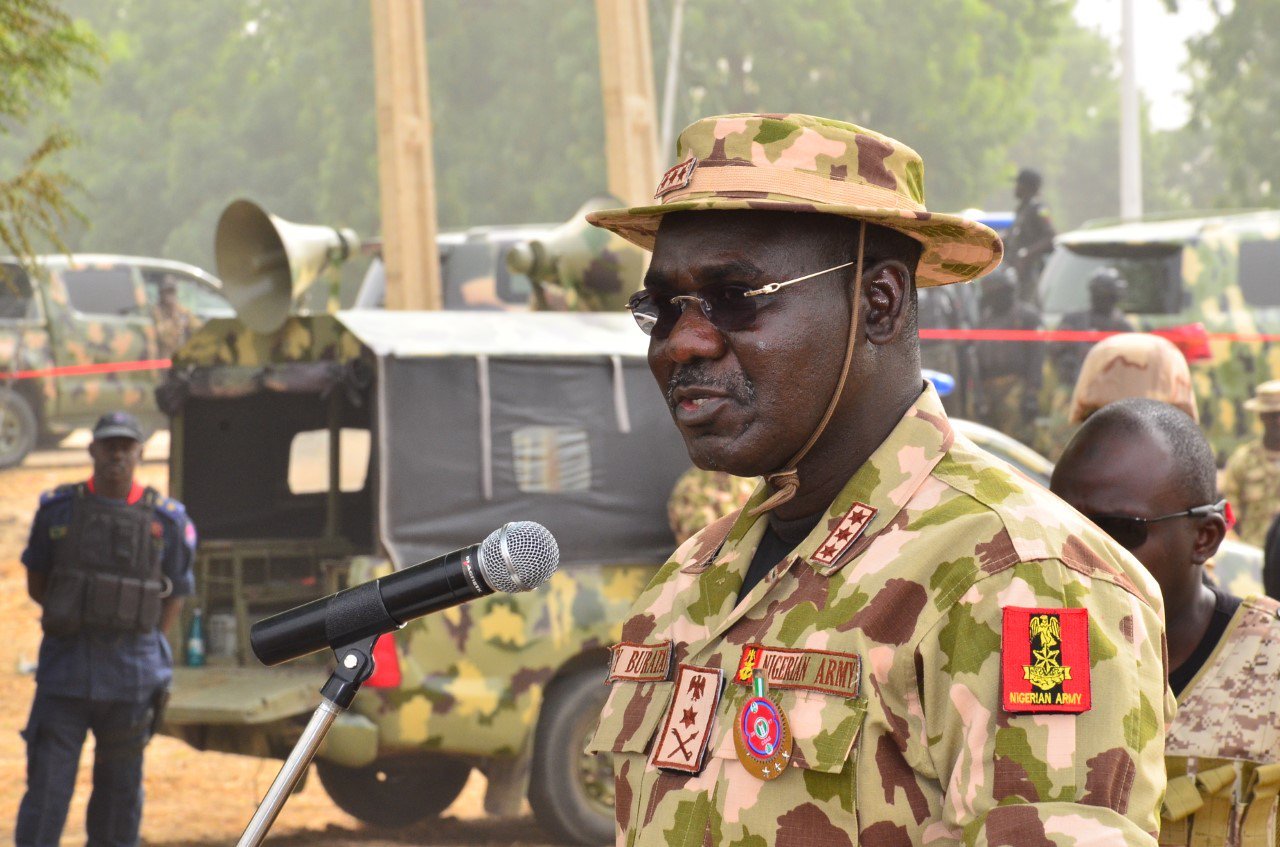 A Senior Advocate of Nigeria, Femi Falana has berated Nigeria’s ambassador to Benin Republic, Tukur Buratai, for asking Yoruba Nation agitator, Sunday Igboho to be handed over to him.

Anaedoonline.ng reports that Buratai had met with the Benin Republic President on Tuesday over the extradition of Sunday Igboho to Nigeria.

The agitator, who is currently in detention in Benin Republic, was arrested along with his wife on July 19 in Cotonou while trying to flee to Germany.

In an interview on Channels Television on Thursday, Falana told Buratai that the rule of law will guide the extradition of Sunday Igboho.

The human rights lawyer argued that the federal government must always follow the appropriate legal process in dealing with secessionists.

He also condemned attempts to put Sunday Igboho in a waiting plane for the return to Nigeria to face trial bordering on arms smuggling, inciting violence and calling for a secession.

Falana said: “In the case of Sunday Igboho, again despite my disagreement with him, I came out to say you cannot just throw him into a waiting plane as we were told, it was attempted.

“You have to go to court. You have to make a request under international law, under the ECOWAS convention on extradition.

“The government of Nigeria is requested to submit an extradition request to the government of Benin Republic and so when the plenipotentiary, General Yusuf Buratai (retired), who at that time had not submitted his letters of credence asked that Igboho be handed over to him.

“He was told, ‘sorry, we operate the rule of law here’. That is why that matter is still in court.”

Speaking on various secessionist agitations, Falana noted that he is opposed to the campaign of the balkanisation of Nigeria but the law guarantees the rights of self-determination.

The popular lawyer asked the federal government to respect human rights and always follow the legal approach in dealing with those calling for secession so that the country will be respected among civilised nations.

He added: “Unless we respect the rights of our people and the human rights of people in our country, we are going to be embarrassed continuously.

“And that is what has just happened in the United States, where a senator has moved a motion that certain aircraft should not be sold to Nigeria because of gross human rights violation.

“And the rest of us, respect the rights of such people and in fact article 20 of the African Charter of Human and Peoples’ Rights guarantees the rights to self-determination.”